Discrimination by association: what employers need to know 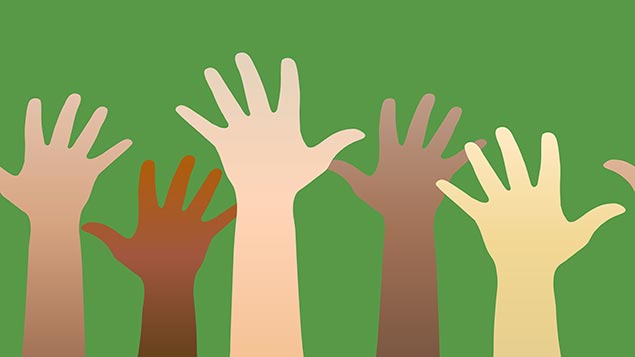 The Equality Act 2010 introduced the concept of discrimination by association into UK legislation, following the landmark decision of the European Court of Justice (ECJ) in Coleman v Attridge Law. While claims of this type have been relatively unusual, two recent cases have put the issue back in the spotlight. Sarah Embleton and Kate Redshaw consider what they could mean for employers.

For example, if a heterosexual worker is dismissed by her manager because he does not like the way she socialises with gay friends, the worker would have a claim for direct discrimination on the ground of sexual orientation, even though her own sexual orientation was not the reason for the less favourable treatment. Similarly, in Coleman v Attridge Law, the claimant was found to have been directly discriminated against and harassed because of her son’s disability – but she herself was not disabled.

What forms of discrimination are prohibited?

How is the law developing?

In the 2014 case of Hainsworth v Ministry of Defence, the Court of Appeal considered whether or not an employer had an obligation to make reasonable adjustments for an employee whose daughter was disabled. The employee was based in Germany and, while the employer provided on-site schooling for employees’ children, it did not provide schooling for children with “significant needs”. Ms Hainsworth, whose daughter had Down’s Syndrome, asked for a transfer to the UK so that she could organise the schooling that her daughter needed but her employer refused. Ms Hainsworth subsequently brought a claim against her employer for failing to make a reasonable adjustment, given her daughter’s disability.

The Court of Appeal was clear that the duty to make reasonable adjustments only applies to employees who are themselves disabled and does not extend to employees who are associated with a disabled person. It also made clear that it is only instances of direct discrimination and harassment that require protection from discrimination by association. (Despite the Hainsworth decision, employers may, of course, still wish to consider whether or not they can accommodate such adjustments from an employee-relations perspective.)

The claimant in the case, a non-Roma, runs her business in a predominately Roma district of Bulgaria. The electricity supplier for the district has a practice of positioning electricity meters higher up than is usual because of the large number of instances of meter-tampering that they experience in the district. For various reasons, the claimant says this amounts to less favourable treatment.

There is no claim for direct discrimination available to the claimant as both Roma and non-Roma people are affected by the practice, but the Advocate General considered that it was possible to extend the scope of discrimination by association to include indirect discrimination (albeit that it may be possible for the electricity supplier to objectively justify its actions).

The Advocate General’s opinion is not binding on the ECJ, but their opinions are often followed by the court so it can be indicative as to the court’s likely approach. If the ECJ does extend protection to include indirect discrimination, this is potentially wide ranging in impact.

As an aside, the Advocate General also considered how close the relationship has to be between the claimant and the third party with the protected characteristic for it to constitute discrimination “by association”.

She found that there was no need for there to be a close personal relationship (as had been the case in Coleman) and gave the example that business people meeting for the first time could still be discriminated against by association where, for example, they are turned away from a restaurant because one of the party is black.

Direct discrimination occurs where “a person (A) discriminates against another (B) if, because of a protected characteristic, A treats B less favourably”.

Harassment occurs where “a person (A) harasses another (B) if A engages in unwanted conduct related to a relevant protected characteristic which has the purpose or effect of either: violating B’s dignity, or creating an intimidating, hostile, degrading, humiliating or offensive environment for B”.

Indirect discrimination occurs where “a person (A) discriminates against another (B) if A applies to B a provision, criterion or practice which is discriminatory in relation to a relevant protected characteristic of B”.

Practical tips on discrimination by association

Review your workplace policies and consider whether or not they should refer specifically to discrimination by association (for example, in bullying and harassment policies).

When providing diversity training to your staff, ensure you cover discrimination by association so that your employees – particularly your managers – know that it is possible to discriminate in this way and are aware of the sort of behaviour that could lead to claims.

Consider the impact of your decisions not just from a legal perspective but also from an employee-relations point of view. While you may have a legal defence to your decisions, this will not necessarily appease employees who feel unfairly treated.

Nine characteristics are protected under the Equality Act but only eight are relevant in respect of discrimination by association: age; race; disability; gender reassignment; religion or belief; sex; sexual orientation; and pregnancy and maternity. Marriage or civil partner status is excluded.

About Sarah Embleton and Kate Redshaw