By Jo Faragher on 15 Nov 2018 in Brexit, Right to work, Latest News, Immigration 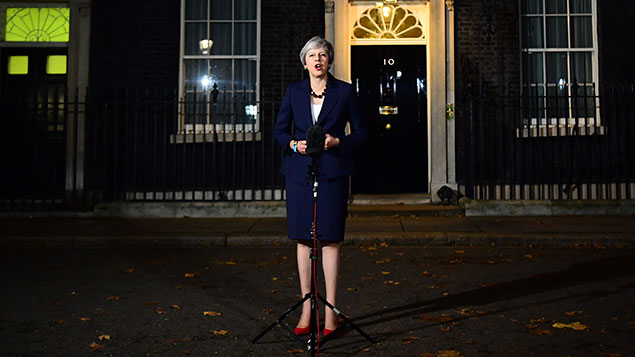 The draft Brexit agreement – delivered last night by prime minister Theresa May – has confirmed that EU nationals can continue to live and work in the UK after the 29 March 2019.

Webinar: Brexit – how to prepare for the removal of free movement

Workers rights will remain unchanged in ‘no deal’ Brexit

There has been no indication from the agreement that arrangements for acquiring ‘settled status’, which EU nationals must have before the end of the Brexit transition period in December 2020, are likely to change. Requirements for Britons living in the EU also remain unchanged.

However, the publication of the 585-page draft has not been without considerable controversy, with Brexit secretary Dominic Raab and work and pensions secretary Esther McVey both announcing their resignations this morning.

In a statement outside Downing Street yesterday, May said the agreed package was “the result of thousands of hours of hard negotiation with EU officials” and that she believed it was a “decisive choice is in the best interests of the entire UK”.

She said that her cabinet had backed the deal but reports have suggested this was far from unanimous.

One of the key sticking points of the agreement is over a possible ‘backstop’ over the border with the Irish Republic, which aims to prevent a hard border and customs checks if no deal is agreed.

Pro-Brexit Jacob Rees-Mogg has written a letter to Conservative colleagues detailing his issues with the agreement, urging them to vote against it when the parliamentary vote on the deal happens in December.

Labour leader Jeremy Corbyn said he did not think the agreement was in the national interest because it “doesn’t meet the needs of all parts of Britain”. His party will reveal today whether it will vote against the agreement.

The next big Brexit landmark for employers will be the publication of the immigration white paper, which has been hinted to be the end of this month.

This will set out how far the UK government intends to implement the recommendations set out by the Migration Advisory Committee (MAC) in its September report.

MAC has proposed a high-skill, high-salary immigration system – similar to that used for recruiting non-EU nationals – and has recommended that no preferential treatment is given to EU workers when visas are distributed.

Earlier this month, the government confirmed that employers will not need to make additional right-to-work checks in the event of a no-deal Brexit.

Tom Kibasi, director of think tank IPPR, said the draft agreement “fails to deliver either the certainty needed for business investment or the greater control that was a key demand of Leave campaigners”.

“This is not a soft Brexit: the government has negotiated a bare bones customs union that alone will not deliver frictionless trade. Its temporary nature means businesses will go into the 2020s with no certainty about UK trading arrangements. The cliff edge has been postponed rather than eliminated. The agreement is an indeterminate pit stop on the way to a hard Brexit.”

“MPs will need to decide for themselves the basis on which they will vote: is any Brexit on any terms preferable to the alternative options?”