By Personnel Today on 7 Oct 2013 in Employee-shareholders, Employment law, Opinion 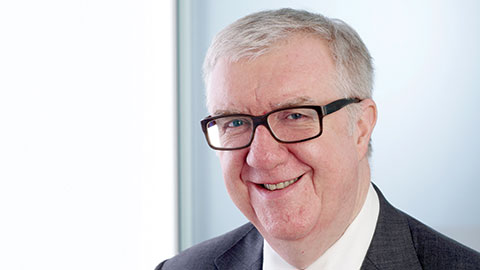 The principles behind the Growth and Infrastructure Bill proposals to give employees shares in a firm at the expense of giving up some rights may have been well meant, but Irwin Mitchell’s Tom Flanagan (pictured above) does not see either employees or businesses benefiting from the scheme.

The introduction of new controversial laws on 1 September 2013, which enable workers to give up basic employee rights in exchange for shares in their company, are in my opinion unnecessary and potentially damaging to the economy. The proposals, which were introduced as part of the Growth and Infrastructure Bill, allow businesses to award shares worth between £2,000 and £50,000 to their staff. In return, employees have to give up certain rights, including unfair dismissal, redundancy and training rights as well as the right to ask for flexible working.

These contracts are optional for existing employees, but businesses will be able to choose to offer only this type of contract to new recruits.

The proposal for these contracts has been universally unpopular. I have always wondered whether it is really about encouraging productivity and rewarding effort or simply part of a drive to make the removal of employment rights more palatable. There is a fear that this is not about helping employers, but something that is ideologically driven.

The principle of boosting employee participation and commitment in line with the success of a business is a good idea, but there are numerous reasons why this version of that concept is unlikely to find favour with either employers or employees.

From an employee perspective, the economic climate is still uncertain and share performance is not guaranteed. It is likely that employees would look at current trends and see little potential benefit for them if they chose to give up rights.

The reference to “owner-employee status” is also misleading, as the status does not change at all; the employees will still be employees and this concept is essentially a repackaging of an employee share-ownership scheme, which is not a new idea, and, therefore, is unlikely to be used by employers that already provide some form of share participation.

It would not be unusual if there were a monetary price to pay for shares, perhaps as part of a benefits “menu”, but the idea that an apparent benefit should be paid for by giving up valuable statutory employment rights is very strange – hence my concerns about the real drivers behind this legislation.

There are also several reasons why employers may not be quick to adopt this new type of contractual provision. Small businesses may be reluctant to give shares away, particularly if they are family or owner-manager businesses. There is no effective open market value for shares in “closed” companies. Also, what types of shares will be on offer? Businesses will not necessarily want to give voting rights. Will there be good leaver/bad leaver provisions on disposal of shares when employees leave? These questions were part of the concessions debated at the passing of the Bill.

If this creates complicated shareholder arrangements and tax provisions, smaller businesses – the prime targets for this initiative – are unlikely to want to become involved because of an increase in red tape and cost. They could be replacing the known quantity of potential employment law claims with the unknown and more complicated quantity of minority shareholder disputes.

There were a number of concessions given by the Government to assist the passing of the Bill. The last one, which allows the removal of objections from an employment-law-based opposition, was to provide that the employees to whom the terms were offered should be allowed to take independent legal advice before being required to sign, rather like the former “compromise agreements” – now “settlement agreements” – on departures.

This concession seems to be a classic example of unforeseen consequences – an industry is likely to grow up around providing that legal advice that would mean, for instance, having a lawyer involved every time a business wants to recruit. It might also encourage an earlier or stronger union presence, if, which is likely, unions create a specialist service to provide the advice.

Small, thrusting businesses, which may want to encourage performance and participation with shares, might find that the “price” of giving up employment rights could put off potential recruits, particularly if they perceive the lack of value suggested for employees above.

One could also question why these particular employment rights have been selected as opposed to others that have not. The only apparent link is that this “bundle” of rights is UK based, whereas rights emanating from European law cannot be removed so easily. This unnecessary complexity of reasoning may seem unattractive to employers that simply want to expand their businesses.

Evidence heard during the Government’s consultation on dismissal said that the UK had some of the most flexible employment laws in Europe and that dismissing staff is not as difficult as it is sometimes made out to be.