By John Eccleston on 14 Feb 2012 in Employee relations 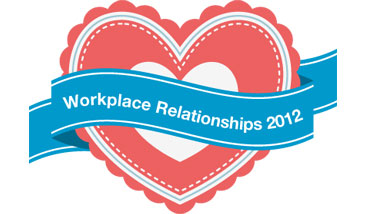 One-third of employers say that they have prohibited relationships between managers and subordinates, according to preview findings from the 2012 XpertHR survey of workplace relationships.

On Valentine’s Day, the initial findings highlight the rather unromantic views of employers when it comes to relationships in the workplace.

Despite these findings, the survey also found that more than two-thirds of employers do not have a policy in place to deal with workplace relationships, with only one in 10 saying that they have such a standalone policy. Among those that have no policy, the most common approach is to cover it within broader policies on conduct or ethics.

Respondents to the survey also gave some insight into the type of action taken when relationships develop in the workplace. Most commonly employees are asked to inform line managers or HR departments when notifying the company of a workplace relationship.

Respondents also said they embarked on informal discussions with HR or line managers, while on a more negative note, some said that they monitor colleagues in relationships “for problematic behaviour”.

However, perhaps most appropriately on Valentine’s Day, some said they supported workplace relationships, while the most common response among employers learning of relationships between colleagues was to take no action at all.

The 2012 XpertHR survey of workplace relationships is based on responses from HR professionals at 200 UK organisations. XpertHR will publish detailed analysis and full data from the survey findings in March 2012.