Employment status: director and shareholder was an employee 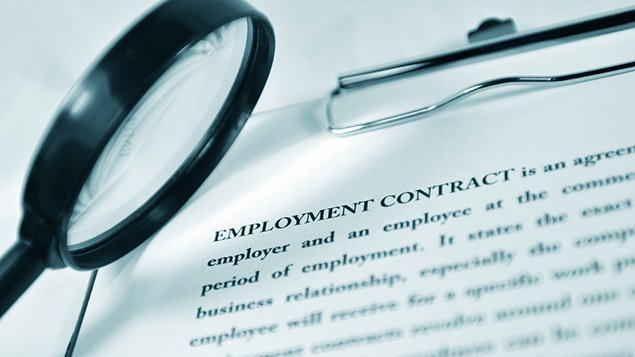 In DLA Piper’s latest case report, a Court of Appeal decision shows that employment status is fact dependent and the courts can find the reality to be different to any written terms. The case acts as a reminder that directors and shareholders can be found to be employees and/or workers.

When deciding if an individual is an employee, an employment tribunal will apply the test established in Ready Mixed Concrete (South East) Ltd v Ministry of Pensions and National Insurance, which requires four essential elements to be present.

This case concerned the preliminary issue of whether or not Mr Stack, a director and shareholder, was an employee and/or worker of Ajar-Tec Ltd. It is an established principle that directors are not automatically employees, but can become an employee or worker. The same is true for shareholders, particularly in smaller businesses. The Court of Appeal held that Mr Stack was both an employee and a worker.

Mr Stack was one of three shareholders of Ajar-Tec, all of whom were also directors. Mr Martin was the founder of Ajar-Tec in 2005. Mr Keane was a financial adviser. Mr Stack provided financial backing to Ajar-Tec and project management skills. Mr Stack invested in Ajar-Tec, but he also had interests in property and his own company.

Ajar-Tec argued that, while Mr Martin was an employee, Mr Keane and Mr Stack were not. Despite discussions, no remuneration was ever agreed between the parties. Mr Stack claimed that he was an employee and all directors had discussed sharing their “remuneration” equally. He claimed this meant that he would be paid on the same basis as Mr Martin, but only once Ajar-Tec had resources to make payments, provided they were backdated.

The amount of time Mr Stack devoted to the business was disputed, particularly as he ran other businesses. However, the employment judge concluded that Mr Stack ran the operational side of the business and provided operational director services for about 80% of his time since 2006.

This case has been an epic saga: since 2010, it has been heard by two employment tribunals and twice by both the Employment Appeal Tribunal (EAT) and the Court of Appeal. The second judgment of the Court of Appeal is the latest decision, and hopefully the last, on this point.

The Court of Appeal overturned the decision of the EAT and upheld the tribunal’s conclusion that Mr Stack had agreed to provide services to Ajar-Tec. The key issue in this case was whether or not there needed to be an agreement on the amount of remuneration for there to be a contract: the Court of Appeal held that there did not.

The Court of Appeal emphasised that contract formation may well be partly express and partly implied, so it was not fatal that there had been no express agreement on remuneration.

The Court of Appeal also agreed with the employment tribunal’s rejection of the possibility that Mr Stack could have agreed to work simply to protect his investment, particularly where Mr Martin was paid salary plus dividends for his work. Based on these findings, the tribunal applied the test in Ready Mixed Concrete (South East) Ltd v Ministry of Pensions and National Insurance and concluded that Mr Stark was an employee and a worker. The Court of Appeal upheld this conclusion.

Employers should check what written terms, if any, exist for directors and/or shareholders who provide services to the business. This case emphasises that employers cannot rely on the assumption that they are not workers and/or employees.

It is an established principle that express terms will often override implied terms so, while it will not conclusively determine employment status, having written terms about employment status and whether or not any remuneration is payable (subject to any national minimum wage obligations) will help companies in these situations.