By Stephen Simpson on 26 Jul 2017 in Employment tribunals 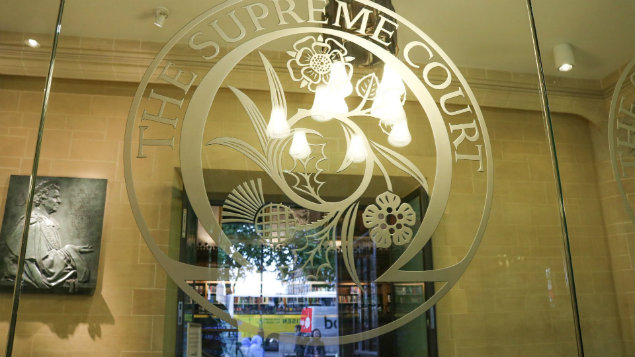 Employment tribunal fees are unlawful under both UK and EU law because they prevent access to justice, the Supreme Court has ruled.

Podcast: The abolition of employment tribunal fees
XpertHR employment law editor Laura Merrylees is joined by Laurie Anstis, a director with Boyes Turner LLP, to discuss the implications of the Supreme Court’s judgment.

Since July 2013, workers in the UK have been charged a fee to bring a claim to tribunal, a further fee if the claim is heard and another charge if they want to appeal the decision.

Following their introduction, Unison sought unsuccessfully to have employment tribunal fees ruled unlawful in two High Court challenges and in the Court of Appeal.

Unison appealed a final time to the Supreme Court, which heard the case on 27 and 28 March 2017.

Unison argued that fees made it “virtually impossible or excessively difficult” for some individuals to exercise their employment rights.

Unison also argued that the fees regime indirectly discriminates against some groups.

For example, the union said that claimants required to pay the highest fees, including £1,200 for a discrimination claim that goes to a hearing, are disproportionately female.

The Supreme Court, which handed down its judgment on 26 July 2017, has ruled unanimously that employment tribunal fees are unlawful.

The seven Supreme Court judges accepted that the effect of employment tribunal fees has been a dramatic and persistent fall in the number of claims, in particular claims of lower value and claims without a financial remedy.

According to the Supreme Court, employment tribunal fees are not reasonably affordable for households on low to middle incomes. Even where they may have been affordable, they have prevented access to justice by making it financially ill advised to pursue a claim unless claimants were certain of wining and recovering their fees.

The Supreme Court decided that tribunal fees are also unlawful under the EU legal guarantee of an effective remedy because they impose a disproportionate limit on the ability to enforce EU employment rights.

These unfair fees have let law-breaking bosses off the hook these past four years, and left badly treated staff with no choice but to put up or shut up” – Dave Prentis, Unison

The court further ruled that the fees are indirectly discriminatory on the basis that they place women at a particular disadvantage.

Reacting to the judgment, Unison general secretary Dave Prentis said: “The Government is not above the law. But when ministers introduced fees they were disregarding laws many centuries old, and showing little concern for employees seeking justice following illegal treatment at work.

“The Government has been acting unlawfully, and has been proved wrong – not just on simple economics, but on constitutional law and basic fairness too.

“It’s a major victory for employees everywhere. Unison took the case on behalf of anyone who’s ever been wronged at work, or who might be in future. Unscrupulous employers no longer have the upper hand.

“These unfair fees have let law-breaking bosses off the hook these past four years, and left badly treated staff with no choice but to put up or shut up.”

The Supreme Court decision means that the Government can no longer require claimants to pay a fee to bring an employment tribunal claim, and will have to repay an estimated £32m to claimants who have already been charged a fee.

Justice minister Dominic Raab said: “In setting employment tribunal fees, the Government has to consider access to justice, the costs of litigation, and how we fund the tribunals.

“The Supreme Court recognised the important role fees can play, but ruled that we have not struck the right balance in this case. We will take immediate steps to stop charging fees in employment tribunals and put in place arrangements to refund those who have paid. We will also further consider the detail of the judgment.”

What fees does a claimant have to pay when bringing an employment tribunal claim?

In what circumstances are respondents required to pay tribunal fees?

TUC general secretary Frances O’Grady said: “Too many low-paid workers couldn’t afford to uphold their rights at work, even when they’ve faced harassment or have been sacked unfairly.

“Tribunal fees have been a bonanza for bad bosses, giving them free rein to mistreat staff. Any fees paid so far should be refunded as soon as possible.”

Rachel Suff, employment relations adviser at the CIPD, said: “Given the staggering drop in claims since tribunal fees were introduced in 2013, it’s clear that the fees were denying access to justice for many people. Sadly, this suggests that some perfectly valid claims have never been heard.”

Analysis of the judgment in R (on the application of Unison) v Lord Chancellor, with an explanation of its implications for employers, is available on XpertHR.