By John Eccleston on 6 Feb 2013 in Employment law, Redundancy 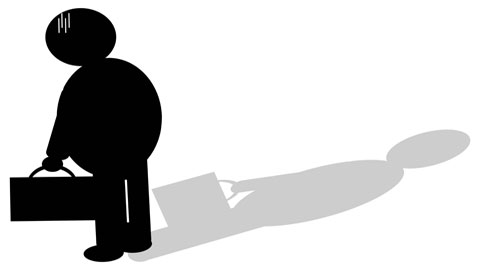 The Government has published draft legislation that will set out to reduce the consultation period required when 100 or more employees are to be made redundant.

Under the Trade Union and Labour Relations (Consolidation) Act 1992, if an employer plans to make 100 or more redundancies within one organisation within a period of 90 days it must consult the representatives of those employees affected for at least 90 days before the first dismissal takes effect.

However, the draft Trade Union and Labour Relations (Consolidation) Act 1992 (Amendment) Order 2013 will reduce the consultation period to 45 days. The change is due to take effect from 6 April 2013.

Max Winthrop, head of employment at SRF Legal and XpertHR employment manual updating author, said the 90-day consultation period is excessive and welcomed the draft legislation: “In those cases where I’ve been involved, I have often found the 90-day period not only to be a hindrance to the employer but actually disliked by the workforce affected too.

“I can’t think of a case I’ve come across where the full 90 days has been used for meaningful consultations. What tends to happen is that well within the 90-day period all substantive points have been covered, often leaving those employees who are staying in the dark about whether or not their jobs are safe – and, equally, those that are at risk in a similar limbo. The only exception to this concern those difficult situations where the consultation period is affected by changing circumstances, such as an up-turn in work or a delay, say, in a factory relocation. However, I think these difficult situations are best covered by judicial discretion, as we’ve seen in Vauxhall Motors Ltd -v- Transport and General Workers Union [2006] IRLR 675, for example.”

Rebecca Johns, associate at law firm Fasken Martineau and XpertHR employment manual updating author, agreed that the move was good news for business: “The change will be welcomed by employers seeking to restructure swiftly in volatile financial times.

“The current timescales cause difficulties where companies in dire straits need to make urgent cuts, and 45 days is adequate to complete a fair consultation process.”

In the video, right, Chris Mordue, partner at Pinsent Masons, explains some of the problems arising from the proposed new legislation changing the rules on collective redundancy consultation.

For full details of the draft legislation, visit XpertHR.

XpertHR also has a quick reference guide on collective redundancies.