By Jeya Thiruchelvam on 2 Dec 2016 in Race discrimination, Dismissal 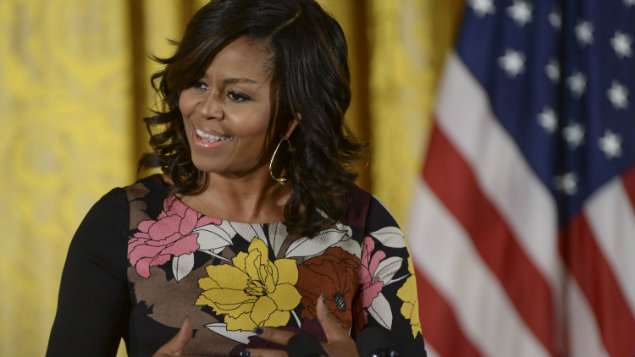 An inflammatory and racist Facebook post that referred to Michelle Obama as an “ape” caused widespread outrage on social media. Jeya Thiruchelvam runs through what employers need to bear in mind when dealing with an employee who uses racist language in the workplace.

What is racial harassment?

Behaviour could potentially amount to racial harassment if it is unwanted conduct of a racial nature that is offensive or degrading to the recipient.

It is up to the recipient of the alleged harassment to decide whether or not the treatment is offensive.

Racial harassment can include: abusive language; racist jokes; racially offensive material; exclusion from workplace conversations or activities; and violence or the threat of violence.

Pamela Taylor, the director of the Clay County Development Group, expressed her delight at incoming first lady Melania Trump, commenting: “It will be so refreshing to have a classy, beautiful, dignified First Lady back in the White House.”

Taylor went on to say: “I’m tired of seeing an ape in heels.”

Taylor has reportedly been removed from her post and Whaling has since resigned.

While Taylor acknowledged that her post “could be interpreted as racist”, she claimed that it was not intended to be and that she was expressing a personal opinion on attractiveness, not the colour of a person’s skin.

Would you feel confident dealing with an employee who has used similarly racist language in the workplace?

An employee who uses racist language may be guilty of misconduct justifying dismissal.

However, employers must ensure that they conduct a reasonable investigation into the incident and have reasonable grounds for believing that the employee is guilty of the alleged misconduct.

An investigation should be conducted even when an employee admits the conduct, as there may still be disputes about exactly what happened and the context in which any comments were made.

The investigation’s findings could be relevant to the outcome of any disciplinary hearing and the severity of any sanction imposed. It will usually involve interviewing the employee and any other relevant witnesses and gathering relevant documentary evidence.

Even when the employee’s guilt appears to be glaringly obvious, employers must still conduct a disciplinary hearing.

Employers should consider the employee’s version of events, together with any explanation or mitigation offered before making a decision on whether or not the employee is guilty of the alleged misconduct or merits the proposed sanction.

3. Fair dismissal on the ground of misconduct and possibly some other substantial reason

The dismissal of an employee for using racist language must still be based on one of the potentially fair reasons for dismissal.

A dismissal in these circumstances is likely to be justified on the ground of “conduct” or “some other substantial reason” when it can be shown that the employee’s conduct has brought the employer into disrepute.

4. The relevance of context

While context is relevant, the employment tribunal decision in Mann v NSL Ltd highlighted that some racist language is so offensive that dismissal will be the only option.

Mann also highlighted that racist language does not have to be directed at anyone who is present to warrant a dismissal.

Employers must also bear in mind that if racist language is directed at another employee who is present and that employee does not submit a complaint, this does not mean that the employer cannot or should not take disciplinary action.

Employers that fail to take action to tackle racist language may find themselves exposed to, among other things, racial harassment claims from other employees who find the language offensive.