Head teachers and school leaders are reporting a spiralling mental health and wellbeing ‘crisis’ within education because of the pressures of keeping schools running during the pandemic, with stress, anxiety and sleep problems becoming much more commonplace.

The report, Fixing the leadership crisis: time for change, by the head teachers’ union the National Association of Head Teachers found that more than a third (35%) of middle leaders (such as department heads) and 38% of school assistant and deputy heads had needed access to mental health or wellbeing support during the past year.

The survey of more than 2,000 school leaders also found almost nine in ten (88%) felt the quality or quantity of their sleep had been affected by the pressures of their role in the past year, an increase from 83% in 2020.

A total of 83% reported increased worry, fear or stress about their job, an increase of more than 15% over the last year.

Three-quarters of school leaders (75%) reported that their role had a negative impact on their mental health, a rise of almost 21% in a single year.

An “overwhelming” majority of school leaders (93%) felt the government had failed to support their wellbeing during the Covid-19 pandemic, the NAHT argued. Almost nine in ten assistant and deputy heads (89%) and more than eight in ten middle leaders (84%) took the same view.

There was a growing need for mental health and wellbeing support across all job roles in schools, the report argued.

More than a quarter (27%) of school leaders reported supporting staff wellbeing as being one of the top three greatest impacts on their workload over the last year. 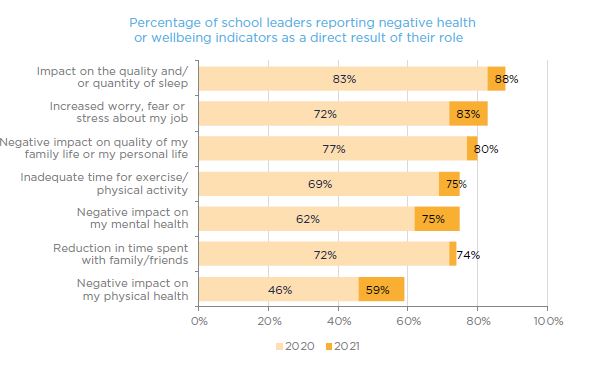 A majority (91%) of assistant and deputy heads also reported that the mental health support they provide to staff has increased or greatly increased over the last three years. 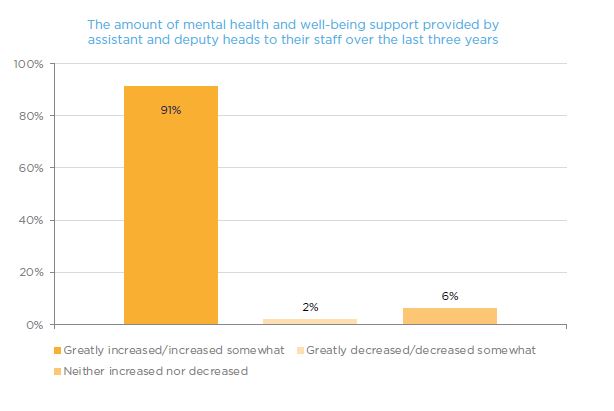 “Fewer teachers aspire to become school leaders, and aspiration to headship has collapsed,” the NAHT warned.

“This is in no small part due to awareness of the spiralling mental health and wellbeing crisis among leaders, while failure to address their falling real-terms pay has provided little financial incentive for promotion. Our research has found that many experienced school leaders are making plans to retire or leave the profession early, which will further compound challenges to recruit,” it added.

Nic Paton is consulting editor of OHW+. One of the country's foremost workplace health journalists, Nic has written for OHW+ and Occupational Health & Wellbeing since 2001, and edited the magazine from 2018.

Many thousands at risk from undiagnosed aortic stenosis

Mental ill-health at work: the evidence for action

Managing loneliness among lone workers and those on...