Pensions auto-enrolment: we’re at the end of the beginning

By Steve Herbert on 21 Mar 2019 in Auto-enrolment, Latest News, Pensions 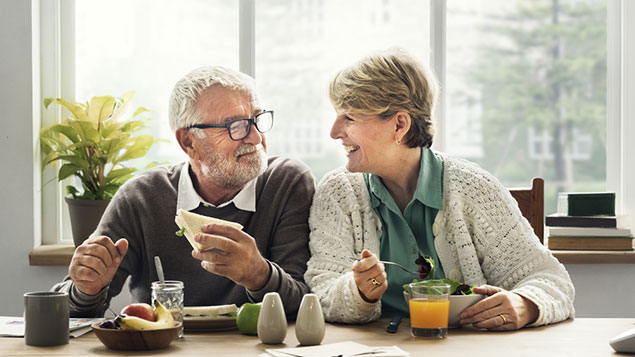 April 2019 sees the last legally required increase to auto-enrolment pension contributions, and it’s now seven years since they were introduced. But employers’ role in helping staff to save for their retirement through the scheme is far from over. Steve Herbert explains.

All employers must now offer and contribute to a pension scheme – but how many are achieving a return on investment in exchange for their pension commitments and costs?

Readers of Personnel Today will doubtless be aware that the last legally required increase to auto-enrolment pension contributions comes into force in April 2019.

This is a major milestone in the project, and marks the end of 12 years of planning, preparations, and delivery by government, the pensions industry and (of course) employers.

But has the UK now resolved the retirement savings gap issue? The short answer is no.

But before we consider what more needs to be done, let’s look back at the progress that has been made since the first employers began automatically enrolling employees way back in 2012.

Figures from the Department for Work and Pensions (DWP) published in December 2018 suggest that around 10 million people have been auto-enrolled into a pension scheme over the last few years, many for the first time.

This in itself is a hugely important step towards tackling the pension savings gap.

Another DWP finding from the same document suggests that the vast majority of those enrolled have remained in the pension scheme, with only around 9% choosing to opt-out of the savings process.

This is probably the more significant of the two figures, because it suggests that employees welcome the extra security that retirement savings will provide.

It’s also worth pointing out that an enrolment figure of 91% is way in excess of that achieved by many good quality company supported pension schemes in the years prior to auto-enrolment.

Of course it’s not all good news – and there are things that most certainly need to be addressed. For instance, the Office for National Statistics found last year that only 63% of eligible employees were aware that they had been automatically enrolled into a workplace pension.

Flip this figure around, and it becomes apparent that up to 37% of new savers are actually completely unaware that they are now in a pension scheme. It follows that this grouping are very unlikely to take any active steps to improve their retirement savings.

And that’s the other key point – the level of savings actually being made. The DWP’s Maintaining the Momentum report of 2017 suggested that “despite the success of automatic enrolment… there are still around 12 million individuals under-saving for their retirement, who make up 38% of the working age population”.

So more progress is still needed, and the report also outlined several areas for improvement. The key ones for HR are: greater saver engagement, proposing to lower the auto-enrolment age from 22 to 18, and basing all contributions from the first £1 earned by the employee (it is currently possible to ignore the first £6,000 of the employee’s earnings for these calculations).

At present there is no set date for the introduction of the above, with a rather vague “mid 2020s” being as specific as the document gets. Yet all three items above are likely to create at least some additional work and/or costs for employers.

An employer’s pension spend is now likely to be the single biggest benefit cost, and the above future changes are only likely to increase pension scheme costs further. Yet many organisations currently have no active plans to review their auto-enrolment pension provider.

This is strange given that other – often much less expensive – elements of the benefits package (such as group life or private medical insurance) are usually fully reviewed on a fairly regular basis. It follows that the pension scheme provider should also be under such scrutiny.

So what issue might force employers to undertake a corporate review of the company pension offering? Howden Employee Benefits recently asked more than 100 HR professionals exactly that, and this is what we discovered:

Which issue would most likely spark a corporate review of your auto-enrolment pension scheme?

Now it’s certainly no surprise that poor advice & guidance (29.5%) or systems (21.6%) both score heavily in the above listing. These issues doubtless cause the average HR department many more obvious problems than some of the others on the list. But what of the other areas highlighted?

Some of the other survey findings might suggest that employers and HR professionals are not yet looking in the right places when considering potential problems in their current auto-enrolment offering.

The third-highest response (18.2%) related to scheme charges. This is possibly a hangover from the pre-auto enrolment world, when it was often possible to make significant reductions in such costs. Yet the reality today is that scheme charges are now capped, and whilst it remains possible to reduce some costs in a review, such an effort is often unlikely to justify a switch of provider in isolation.

The flip-side of that issue is that investment returns – and in particular support around the employers selection of a genuinely appropriate default fund for their workforce – is now much more relevant than in the pre-AE days. Yet their respective scores of (8%) and (4.5%) suggest that employers are not yet fully aware of the significance of these choices.

The final point of note is how few participants in the survey felt that “poor communications” was a real driver for change. Yet we have already established in this article than many workers who have been auto-enrolled into a pension scheme appear not be aware of this. This is important. After all, it’s unlikely that the employer will achieve much return on their pension investment if employees are unaware that they are receiving company money towards their retirement savings.

End of the beginning?

It’s clear that this month’s legislated increase in pension contributions is far from the end of the auto-enrolment journey.

With so much change ahead, plus the genuine need to improve existing schemes and challenge the offerings already in place, there remains much work for HR professionals yet to undertake.

So April 2019 is really only the end of the beginning for an employer’s auto-enrolment duties.

One Response to Pensions auto-enrolment: we’re at the end of the beginning