Why “protected conversations” are not always protected

By David Malamatenios on 9 Dec 2014 in Dismissal, Employment tribunals 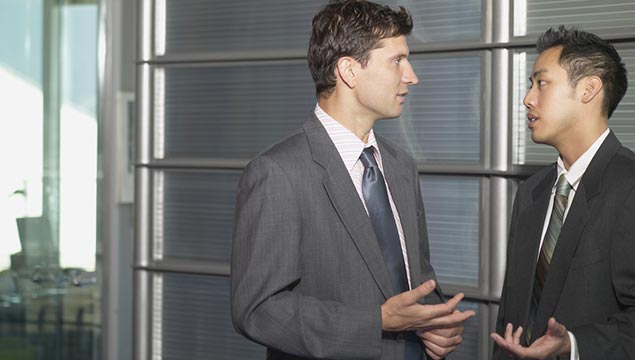 The issues discussed in a protected conversation are not supposed to be admissible in an employment tribunal hearing. But can employers always rely on this? There are circumstances in which the existing “without prejudice rule” can be a better option.

The “protected conversation” policy was introduced under s.111A of the Employment Rights Act in July 2013, and was a flagship policy of the Government’s employment reform. Previously, under the “without prejudice” rule, it was necessary to show a dispute (meaning the existence of, or the implied threat of, legal proceedings) before a conversation could be protected in this way. Protected conversations were designed to address this gap, making it possible to protect discussions even where there is no dispute.

Details of those conversations cannot then be used in subsequent employment tribunal proceedings. In theory, this sounds like a good idea; employers will be free to discuss exit packages in a full and frank atmosphere without fear of their comments being reported to the tribunal in any subsequent proceedings and prejudicing their case.

However, the legislation is not as clear cut as that. Indeed, it is debatable to what extent (if any) protected conversations provide much additional protection to employers than already exists under the common law “without prejudice” principle. In fact, if a discussion does not fall within the quite narrow definition of a protected conversation it can still be admitted as evidence in employment tribunal claims. This is dangerous because many employers may have the misapprehension that they are fully shielded when entering into a protected conversation and can say what they like.

How the without-prejudice rule works

Frequently, there will be situations where an employer wants to dismiss an employee where there is no formal dispute and it will want to dispense with a formal disciplinary or performance management procedure.

In cases such as this, the employer would have to initiate the conversation “out of the blue”. This is a difficult and dangerous manoeuvre. Of course, the employee may be happy to go along with the employer’s suggestion (particularly if the proposal is sweetened through the provision of a generous exit package). However, an employee could choose to reject this approach and, in the worst-case scenario, resign and claim constructive dismissal based on either the employer’s breach of the term of mutual trust and confidence, or anticipatory breach of the contract of employment. The employer would then have no protection.

Even if the employee does not leave and is subjected to a disciplinary procedure, the employee can argue that the outcome of the procedure has been preordained, and any subsequent decision to dismiss is unfair. There is nothing positive whatsoever in this scenario for the employer.

The protected-conversation regime is designed to rescue employers from this predicament. The central concept is that the existence or nature of any such conversation cannot be referred to or used as the basis of any subsequent unfair dismissal claim in an employment tribunal. The problem is that there are many exceptions regarding the applicability of the protected conversation rule. These exceptions greatly restrict the universality of the regime and therefore restrict its usefulness to employers. This is a great shame.

The conversation still has to be entered into with a view to negotiating a settlement. For instance, an employee cannot be told to resign or be dismissed (a not uncommon scenario). Neither can they be told to enter into a settlement agreement or be dismissed. This behaviour would come under the definition of “improper conduct”. From that point on, the conversation will no longer be protected and the employee can properly regard this as coercion, entitling them to claim constructive unfair dismissal if he or she so chooses.

If an employee feels that they are being subjected to unwarranted criticism during a protected conversation they can still bring a grievance, which the employer will have to address or they could again potentially face a constructive unfair dismissal claim. If the grievance is not upheld and the employee then resigns and claims constructive unfair dismissal there is nothing to suggest that the tribunal will be prohibited from considering the background as to why the grievance was brought in the first place. Therefore, the details of the protected conversation will be revealed anyway.

Also, the protected-discussions regime only governs claims for “routine” unfair dismissal claims. It does not apply to dismissals that are automatically unfair, such as those involving health and safety matters or where the protection of the Public Interest Disclosure Act is invoked. Neither is protection afforded to breach of contract or discrimination claims. This is a real problem. An employer does not know what issues are going to be raised by an employee during a protected conversation. By raising instances of, for example, discrimination or whistleblowing, the employee will be able to use the conversation in evidence, not only on the additional claim but also on the unfair dismissal claim. The result will be protracted litigation – precisely what the employer was trying to avoid by using a protected conversation in the first place.

These problems severely limit the usefulness of a protected conversation and they should be used with extreme caution. I believe that little has changed in the protected-conversations regime, but the danger is that many employers think that it has fundamentally changed the landscape of pre-termination conversations. So, are we better off relying on the old without-prejudice rule?

As we have previously noted, the difficulty here is that the without-prejudice rule applies only to genuine attempts to settle an existing dispute. It is important to also recognise and understand its limitations.

The rule does not apply where the parties are not yet in dispute; neither (where there is a dispute) does it apply to correspondence or discussions in which the parties merely set out their respective positions in that dispute or criticise the other party’s position.

“Dispute” has a narrow meaning. In BNP Paribas v Mezzotero [2004] IRLR 508 (EAT), Ms Mezzotero raised a grievance that she had been prevented from returning to her job after maternity leave. She was invited to attend a meeting, at which the employer said that it wanted to talk “without prejudice”, before telling her that her job was no longer viable and suggesting that it would be best for both parties if she agreed to leave in return for a settlement package. The matter would be treated as a redundancy, and the employer stipulated that the grievance itself would continue notwithstanding.

Ms Mezzotero refused the offer and sued for discrimination. She wanted to introduce evidence of the meeting, which the employer argued was without prejudice. The EAT held that the fact that an employee raises a grievance does not necessarily mean that there is a dispute. The employer may uphold the grievance or dismiss it for reasons acceptable to the employee, meaning that the parties may never actually be “in dispute” at all. Furthermore, even if the grievance in this case had amounted to a dispute, its resolution had not been the subject matter of the meeting in question.

So what does “dispute” mean? In A v B & C UKEAT 0092/13, the EAT had to consider whether or not the parties were “in dispute” when a school suspended one of its teachers, following potentially “career-ending” allegations of impropriety with pupils. Negotiations began before the school had decided what, if any, sanction to apply under its disciplinary procedure. The EAT held that: “The crucial question would be whether, in the course of negotiations, the parties contemplated or might reasonably have contemplated litigation if they could not agree.” Obviously, this would be a question of evidence for a tribunal or court.

There are a number of exceptions to the without-prejudice rule, meaning that there are occasions when the court will allow without-prejudice communications to be considered as evidence – such as where there has been misrepresentation, fraud, undue influence, perjury, blackmail or other unambiguous impropriety. This exception was applied in BNP Paribas v Mezzotero. The Employment Appeal Tribunal (EAT) held that the employers had sought to abuse the without-prejudice rule to act in a way which was plainly discriminatory.

What options does an employer have?

So where does this leave employers? Clearly, both protected conversations and without-prejudice discussions have their limitations. It is important for employers to be aware of those limitations, however I do have advice which may help employers.

The employer should try to get the employee to acknowledge a dispute before discussing departure terms. If there is acknowledgement of a dispute and a disagreement, this may be sufficient to convince a tribunal that the parties were contemplating litigation and that there is a dispute to which the without-prejudice rule can be attached. But again, this protection is unlikely to apply to any discussion which could be construed as discrimination, victimisation or improper conduct. For instance, telling an employee to agree to an exit or face disciplinary charges could be seen as improper duress.

I believe that a significant proportion of exit discussions, perhaps even the majority, are neither shielded by the protected-conversation regime or the without-prejudice rule, despite the belief of the employer that they are fully protected. But, of course, if employers are prepared to offer a sufficiently attractive settlement agreement that is accepted by the employee, then it matters not.