Redundancy consultation: Woolworths and the aftermath 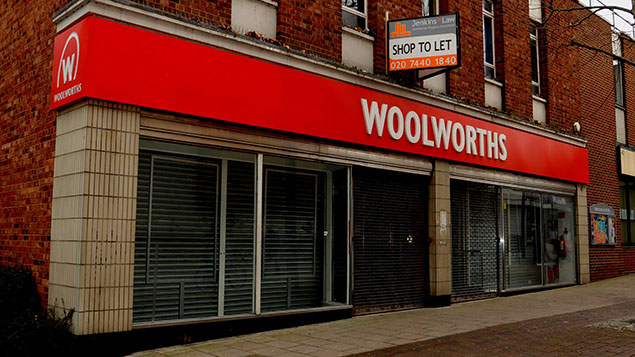 In July 2013, the Employment Appeal Tribunal (EAT) delivered a surprise in its decision on Usdaw v Ethel Austin Limited (in administration) and another (known as Woolworths). David Malamatenios, a partner at Colman Coyle Solicitors, considers its implications.

The EAT’s judgment has significant ramifications for employers because it decided that the existing legislation on collective redundancy consultations failed to comply with EU law. The difficulty was with the definition of the term “establishment”.

Employing and consulting prior to redundancies

The EAT decided that the words “at one establishment” should be deleted from s.188 of the Trade Union and Labour Relations (Consolidation) Act 1992 (TULRCA). The practical consequence of this was to introduce a far quicker trigger for an employer’s obligation to consult on collective redundancies.

This has created huge difficulties for employers. Where previously it was possible to argue that an establishment might be, for instance, a distinct profit unit within a business, the effect of the Woolworths decision was to define an establishment as the entire business undertaking, therefore making the threshold for collective redundancy consultation far lower than was previously the case.

Section 188 of TULRCA purported to implement the requirements of the Collective Redundancies Directive. This Directive gave member states the option of selecting as the trigger for redundancy consultation the dismissal over a period of 90 days of at least 20 workers within a “single establishment”. UK case law came to define “establishment” as narrowly as possible so that it was possible to apply a flexible interpretation and argue, for instance, that a single profit unit – for example, a project within a construction company or a regional business within a business undertaking – was a single establishment for the purposes of collective redundancy consultation.

In 2008 and 2010, Woolworths plc and Ethel Austin (both large retail chains) went into liquidation and several thousand employees lost their jobs. The unions brought claims for an alleged failure by the administrators to inform and consult collectively on the redundancies. The employment tribunal decided that each individual store was an establishment and the administrators had not been required to consult at those establishments where fewer than 20 employees were based. This excluded approximately 4,400 workers from entitlement to a protective award.

The union appealed and the EAT agreed with the union, finding no authority in European law for the previous proposition that an establishment could be defined as anything other than the entire business undertaking (in other words, the whole company). In the case of Woolworths, this meant that rather than each store being an establishment for the purposes of collective redundancy consultation, it was the entire business undertaking of Woolworths plc that was to be regarded as a single establishment.

Therefore, employers have to consult collectively where 20 or more employees are to be made redundant within a 90-day period across the whole business, irrespective of where those employees work. This meant that the collective consultation obligations were triggered in circumstances where they were not previously.

This decision has created significant problems for HR practitioners. It has lengthened the consultation process, made collective redundancies even more complicated and runs entirely against the grain of the Government’s stated approach of reducing employers’ obligations – which was the aim in reducing the minimum consultation period from 90 to 45 days for 100 or more proposed redundancies.

The Secretary of State has now been given permission to appeal. It will be interesting to see what counter arguments are raised during the appeal process. However, until we have a decision, any collective redundancy consultations have to be conducted in compliance with the Woolworths decision.

In the months following the decision in Woolworths, the difficulties caused by the case have become apparent to all HR practitioners and lawyers. Any employer dealing with large-scale redundancies across a business cannot ignore the decision.

Pending the appeal, the right course is to assume that the Woolworths decision is good law, despite the fact that it could be reversed on appeal. This creates many practical problems for HR practitioners. Many large employers do not operate as if they are a single legal entity. Larger companies use divisions and service companies to employ staff across a number of group companies, while trading independently. This means the HR practitioners have to keep track of all proposed redundancies across the business to determine whether or not collective consultation obligations have been triggered.

Regardless of this, any large business will be divided into departments or regions and HR may find it difficult to keep track of all redundancies within the business. This means that HR needs to have closer and more careful oversight of all redundancies across the entire business, including different departments, regions or profit centres. If this is not done, the collective redundancy consultation obligations could be unknowingly triggered and the result could be an expensive protective award.

The situation is even more difficult where a single company has employees abroad. The focus of the Woolworths decision is on a “legal entity basis” rather than the traditional “establishment” definition. It is the legal entity, the company, which is now regarded as the establishment. This means that legal entities with employees based outside the UK who are at risk of redundancy are still counted for the purposes of determining whether or not the threshold for collective redundancy consultation has been met. HR practitioners in such companies will therefore need to keep an eye on what is happening across the business internationally.

The Woolworths decision overturned years of accepted practice. For the time being at least, it is still good law. Employment tribunals are proceeding on the basis that the decision is valid and collective redundancy consultation cases turning on the definition of the word “establishment” are not being stayed.

Organisation is the key, and HR practitioners must ensure that they have thorough procedures in place for keeping a track on the number of redundancies within their organisations both nationally and, if appropriate, internationally. Communication with senior managers is also important. HR practitioners need to ensure that managers understand why it is now so important for them to inform HR when redundancies are proposed in any section of the business.

Section 188 of the Trade Union and Labour Relations (Consolidation) Act 1992 states that an employer must consult collectively where it proposes to dismiss by reason of redundancy 20 or more employees at one establishment within a 90-day period.

Consultation has to commence in good time and no dismissal can take effect:

The concept of “establishment” is the key trigger in deciding whether or not the collective consultation obligations have been activated. It was previously possible to argue that an “establishment” could mean a profit centre within a business rather than the business in its entirety.

This made it easier for employers to avoid triggering the collective redundancy consultation obligations. The Woolworths case has now closed off this avenue by stating that a single establishment can be nothing less than the entire business undertaking.