The government’s determination to curtail the use of non-compete clauses in employment contracts has been met with concern by legal commentators.

Far from fostering a new entrepreneurial spirit, lawyers believe the government’s consultation, hot on the heels of a similar call for evidence in 2016 that found common law around restrictive covenants to be “working well”, may have the opposite effect. 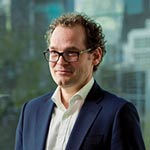 “A ban or severe curtailment of the rights of businesses in this area would be seen by most employers as anti-business and an unnecessary intervention in the pretty smooth operating of the UK labour market.

“The courts regularly test whether a non-compete is an unfair restraint on employees and, therefore, unenforceable. Overall, the courts have ensured there is a very fair balance between the rights of employers and employees in this area. Equally, the balance is being continually reviewed because our courts recognise that the ability to restrict a person from working has to adjust with social and economic change.

“For the better part of 600 years, our courts have grappled with whether it is appropriate to stop a person’s freedom to work, even for a short period, and, so, depriving society of her skills, society of wealth generation and families of self-sufficiency. Originally, our courts said any restriction was unenforceable, because it stopped a person’s trade and her earning a living.

Start-ups are employers as well. Start-ups, especially in a knowledge economy, need to protect themselves from employees leaving and setting themselves up in direct opposition.

“A few hundred years later, they changed their minds: they said that paradoxically a freedom to trade and work, without reasonable limitations, was inhibiting trade, being the very thing that the consultation paper now seeks to preserve. So, the rule was relaxed, allowing for certain restrictions, including non-competition.

“However, the courts have been at pains to recognise that the ability to restrict a person from working, even for a good reason, has to adjust with social and economic change. Our courts are always looking at the right balance (and the sensitivities of that balance) between limitation of work and protection of business, especially for the more economically vulnerable.

“The consultation document says the intervention is to encourage more start-ups but start-ups are employers as well. Start-ups, especially in a knowledge economy, need to protect themselves from employees leaving and setting themselves up in direct opposition. Originally, restrictive covenants were unenforceable. However, our courts changed this principle because they recognised that, paradoxically, a freedom to work, without limitation, was inhibiting trade.

“So far the government has presented very little statistical analysis or other evidence to support this dramatic intervention in the employment market. Employers will feel that they deserve that before all the agreements they have made with employees are overturned.”

“This consultation is very worrying for employers who invest heavily in their people and encourage their autonomy and innovation. Entrepreneurship will be vital in order to emerge from the pandemic strongly. This legislation could have unforeseen consequences that might stifle entrepreneurship and those businesses that want to grow and protect their efforts to do so.

“Start-ups that survive the early stages of growing a business, at some point, will benefit from restrictions to protect their business, and may need them to attract the investment necessary to grow their business and recruit further. Investors in start-ups will want to know that employees cannot just walk out the door with the benefit of their investment with them.

We find that this area of law, in the UK, is well calibrated. While it is recognised that litigation to establish enforceability can be distracting for all involved, this typically acts as a deterrent to dissuade employers from pursuing enforcement of overreaching covenants – only a handful of cases actually fight to trial.”

“In the current economic climate, the government should be doing everything in its power to help employers hire and retain employees.

“Comprehensive proposals like these often bring unintended negative consequences. There is already a well-established common law framework on restrictive covenants and a presumption of unenforceability unless they are proved reasonable. Courts are astute to strike down unreasonably broad or long covenants.

“It is difficult to see how legislation will improve the position.”

“Acting for both employers and employees, we find that this area of law, in the UK, is well calibrated. While it is recognised that litigation to establish enforceability can be distracting for all involved, this typically acts as a deterrent to dissuade employers from pursuing enforcement of overreaching covenants – only a handful of cases actually fight to trial.”

“Legislating hastily could upset the careful balancing exercise the courts are able to take on a case-by-case basis.”

“The source of the government’s concern needs to be explored further but if it is the deterrent effect of covenants which overreach, one solution may be the availability of a programme of education to entrepreneurs in relation to the operation and enforceability of restrictions.”

“This is pretty radical from the government, particularly given their previous conclusion that the existing system works well overall. Employers will be concerned that the government’s desire to boost economic growth and innovation is going to come at the cost of their ability to protect their confidential information, particularly if non-competes are banned outright.

“The consultation paper points out that the law of confidence will be unaffected by any changes. However, that overlooks the fact that one reason why non-competes are often justified and enforceable is that it is so hard to police whether an individual is complying with their confidentiality obligations.”

“English law treats post-termination restrictions as void unless they are the minimum reasonably necessary to protect a legitimate business interest. The complexity of this approach has meant that enforcement of such covenants is uncertain and very fact sensitive.

“Either of these approaches shifts the balance in favour of employees and new employers and against an existing employer seeking to protect its business when an employee leaves. While this may allow employees to move more easily between competitors it may undermine the ability of business to protect their long term business interests, and could lead to short-term thinking.

“Generally governance and regulators are seeking to encourage businesses to take a long-term view, so these suggestions do not seem to be consistent with other developments, for example in the field of remuneration.”

“This is something of a groundhog day. In May 2016 the government published a call for evidence on non-compete clauses exploring whether such clauses restrained entrepreneurship and the free development of innovative ideas; and here we are again, with a forthcoming public consultation on much the same territory.

“It is important to remember that the starting point for non-compete clauses is that they are void as being in restraint of trade. The courts have modified this position in a developing body of case law so that it is possible to impose such restrictions where there is a legitimate proprietary interest to protect and the restraint itself is drafted in such a way as to be no more than reasonable having regard to public interest and the interests of the parties. If the restriction is too long or too wide or otherwise unreasonable, the courts will strike it down.

“Restraint of trade clauses may feel onerous to the departing employee but to be enforceable, they must be no more than necessary to protect the ex-employer’s business interests.

“If the pendulum is to swing in the opposite direction, ex-employers are likely to be concerned about how they protect their business when their star player walks off with their client contacts and sets up in business across the road?”

‘Unfair’ non-compete and exclusivity clauses to be curtailed

Should you enforce restrictive covenants during a pandemic?

The 10 most important employment law cases in...

To compete or not compete, that is the...