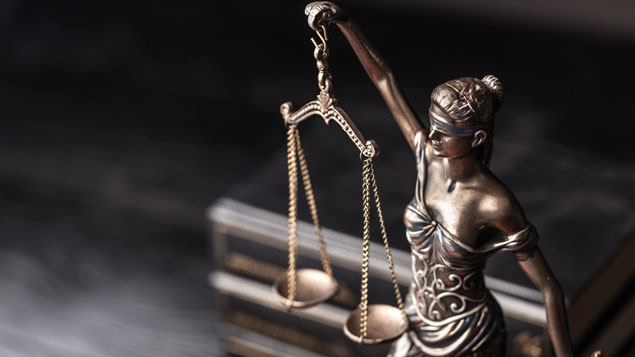 A solicitor who misled a client about the progression of her case has been struck off the register, despite working in what the High Court described as a “toxic working environment” that affected her mental health.

In the Solicitors Regulation Authority v James and others, the High Court found that the Solicitors Disciplinary Tribunal was wrong to have suspended junior solicitor Sovani James after she persistently misled a client and created false backdated letters to cover her dishonesty.

The court ruled that she should instead have been barred from working as a solicitor.

Sadly, these types of working conditions are far from uncommon. I believe the pressures that young lawyers now work under are greater than ever before” – Andrew Katzen, Hickman and Rose

Between August 2013 and January 2015, Ms James made misleading statements on nine separate occasions to a client and the law firm she worked at about the progress of the client’s case.

Before resigning from the firm in November 2014, she drafted four letters, which she backdated to 25 September 2014 in order to create the impression she had been working on the case.

The Solicitors Regulation Authority pursued disciplinary proceedings against her after her dishonesty came to light when she left the firm for another.

A challenging place to work

When the Solicitors Disciplinary Tribunal heard her case in November 2017, it was told the firm had been a challenging place to work, where senior management put additional pressure on junior staff by publishing a monthly “league table” to create competition between fee-earners.

The tribunal was particularly critical of a letter a senior manager sent to Ms James, which complained about a shortfall in her billed hours against her target, and a letter from a senior partner that told her to work evenings, weekends and bank holidays to make up chargeable hours.

Ms James told the tribunal she regularly cried at work and had suffered hair loss as a result of stress at work and circumstances at home.

Although she did not seek medical help at the time, a psychiatrist who produced a report for the tribunal considered she had been suffering from a mild depressive disorder with anxiety.

The High Court agreed with the SRA that the tribunal’s decision to suspend her had been too lenient.

Lord Justice Julian Flaux said the tribunal had not focused on the nature and extent of Ms James’ dishonesty and the degree of culpability.

Decision was ‘wrong in principle’

However, Andrew Katzen, lawyer at Hickman and Rose, said the High Court’s decision to strike the junior solicitor off the register due to conduct partly caused by pressure at work is “wrong in principle and in practice too”.

“Of course, Ms James’s dishonesty should be punished, but the decision to bar her from ever working as solicitor again appears to me to take no account of the appalling context in which her actions took place,” he said.

“The judge described her working conditions as ‘abominable’ and her treatment in being forced to work 19 days in a row as ‘dreadful’.

“Sadly, these types of working conditions are far from uncommon. I believe the pressures that young lawyers now work under are greater than ever before,” he said.

Alongside Ms James’ case, the High Court also looked at the conduct of two other solicitors in unconnected incidents of dishonesty, who it ruled should have also been banned instead of suspended.

In one case, Esteddar MacGregor, who was responsible for compliance at her law firm, had deliberately delayed informing the SRA about a colleague who attempted to fraudulently claim excessive expenses from the Legal Aid Agency.

Another lawyer, Peter Naylor, sent a client misleading emails about the progression of his case. He had been experiencing stress and depression at the time, and had broken down in tears in front of management due to the pressures he was under.

Katzen said the law is often a high pressure environment and more support needed to be offered to staff who are struggling with their workload.

“It’s a missed opportunity by the regulator and by the court. People can be rehabilitated even if they have acted dishonestly,” he said.