Ten years of tackling age discrimination in the workplace

By Richard Lee on 28 Sep 2016 in Age discrimination, Legal opinion 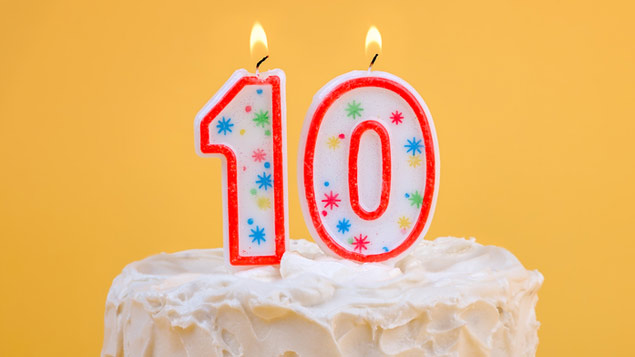 This weekend marks 10 years since age discrimination legislation was introduced, but how have these obligations influenced how multi-generational workplaces operate? Richard Lee considers the impact of this important piece of legislation.

Ten years ago, the Employment Equality (Age) Regulations 2006 (later replaced by the Equality Act 2010 on 1 October 2010) were introduced, marking the beginning of greater legislative efforts to tackle the unfair treatment of UK employees of all ages.

Procedure in cases of discrimination

Since then, there have been many landmark cases demonstrating that discrimination related to age remains with us in the 21st century workplace. A number of cases have also tested the robustness of the legislation, often leading to an outcome that sets a precedent for workplace policy development.

The simple use of language within some job adverts was one of the first areas to fall foul of the legislation. For example, phrases such as “youthful enthusiasm” and “candidates in the first five years of their career” were held to be age discriminatory.

The collective language, look and location of adverts has since become far more sensitive to the overall need to operate in a non-discriminatory way, but there are still examples of age discrimination in recruitment.

More broadly, the legislation should protect people of all ages, not just those at the upper and lower ends of the age spectrum.

Illustrating this is the 2009 case of a 42-year old banker who successfully brought a case of age discrimination against his employer (a London-based, Canadian bank) after he was dismissed and replaced with a 38-year old.

The decision to replace him was originally communicated as part of a restructuring exercise.However, the tribunal found that the company had appointed headhunters “seeking [a] younger, more entrepreneurial profile”.

In the same year (2009), an ex-employee won a case against the air traffic control service, NATS, because of its policy not to recruit staff members over the age of 35.

Despite this, for those just starting their working lives or in entry-level positions, there is often an assumption that many are unaware of their key employment rights.

For example, in 2010, an employment tribunal in Northern Ireland described an employer’s decision to dismiss a young worker before her 18th birthday to avoid paying her the increased minimum wage as “callous”, and as “a most upsetting turn of events for a young person beginning her working life”.

Employers that simply assume that perceived ignorance of young workers’ rights will justify this type of treatment should, of course, always prioritise fair and appropriate treatment over saving costs (which on its own cannot justify discriminatory treatment).

No room for ageist banter

The ambiguous or vague nature of some employers’ age discrimination policies can also lead to certain types of unacceptable activity being permitted.

For example, although some employers may not consider banter or name calling to be offensive, an employment tribunal may have a different opinion.

Illustrating this is the 2016 case of Dove v Brown & Newirth Limited, where a 51-year old man was awarded £63,000 in damages for both age discrimination and injury to feelings after he was dismissed for alleged poor performance.

As well having to go through performance reviews that unfairly criticised his performance, Mr Dove had to endure the use of the term “gramps” by colleagues when speaking to, or describing, him.

Although it was claimed that this was a light-hearted reference, the fact that it had been sustained for a number of years led to the tribunal finding that age discrimination had taken place.

The concrete outcome of this case was that policies relating to preventing age discrimination must stipulate the unacceptable nature of name calling of this kind and crucially, facilitate the implementation of thorough training for staff so they understand what is and isn’t acceptable in the workplace.

Recent events have, as with many areas, thrown the issue of age discrimination into flux.

The introduction of the national living wage this April for example, has brought the issue of age thresholds into sharp focus.

The fact that the level of increase in the minimum wage was banded for over and under-25s meant the potential existed for claims of age discrimination by those under the threshold.

However, employers are protected from this potential challenge by the statutory pay band system (which forms part of the Equality Act 2010), which states that the position is lawful as long as the remuneration awarded matches the amount specified for the appropriate band.”

Reducing some of the benefits available to staff in order to offset the cost of an increased wage bill has also been hitting the press. Employers should be careful here, as some restaurant chains discovered recently.

Without warning, they limited the amount of money employees could earn from tips as well as the volume of free meals they could claim, leading to unrest, a damaged brand and a media backlash.

The proposed introduction of the Lifetime ISA in April 2017 for those under age 40 might well raise similar concerns for employers who choose to provide this as a workplace benefit.

When it comes to considering the impact of Brexit on age discrimination, EU law has played a key role in UK courts’ interpretation and approach to the application of the concepts behind age discrimination legislation, although the UK legislation (in the form of the Equality Act 2010) stands in its own right.

The introduction of the 2006 Age Discrimination Regulations were an important milestone for the UK workforce and not only because it directly challenged unfair behaviour.

It also provided the basis for further developing the law to include stronger legal provisions through the outcome and implications of a wide range of cases to be heard in the decade since it was introduced.

Richard Lee is a partner at Gowling WLG.
View all posts by Richard Lee →
Previous Article
Next Article