By Claire Holland on 29 Jan 2014 in Employment law, Redundancy 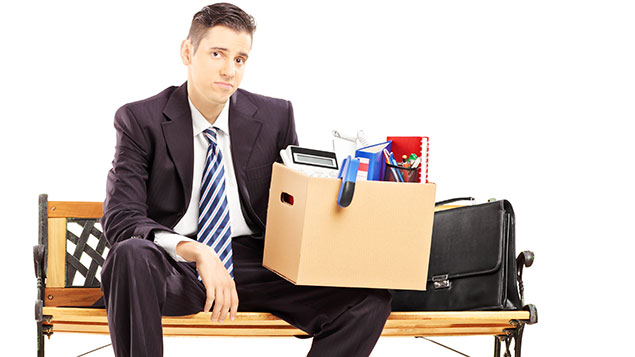 Making employees redundant is often an expensive business. Without a firm understanding of whether or not those employees who have lost their jobs are also entitled to an enhanced redundancy payment, employers may find it a costly exercise indeed, says solicitor Claire Holland.

When looking to streamline a business, the question of whether or not an employee has a contractual right to an enhanced redundancy payment can be of significant importance. Historically, the threshold for implied incorporation of a workplace redundancy practice has been relatively high. However, in a number of recent cases, a less rigid approach has been adopted that may make employers think twice before trying to avoid enhanced redundancy payments in circumstances where past workplace practice could lead employees to believe that they have a right to such payments.

The redundancy process can prove costly for employers, particularly if there are additional collective consultation requirements to be taken into account. Although it is quite common for employers to make enhanced redundancy payments, in most cases this is on a purely discretionary basis. Understandably, employers are keen to avoid any argument that employees may have an implied contractual entitlement to such payments through custom and practice.

Previously, a discretionary policy adopted by an employer could generally not become a term of an employee’s contract on the ground of established custom and practice, unless it could be shown that the policy had been drawn to the attention of the employees or had been followed without exception for a substantial period. Employees would need to show that they had a reasonable expectation that enhanced payments would be made, normally on the basis that the policy had been published to employees and consistently followed.

In the case of Park Cakes Ltd v Shumba and others in 2013, the question arose again. Northern Foods (part of Park Cakes) had a group-wide policy of paying enhanced redundancy terms, details of which formed part of the HR manual. However, the employees’ written contracts of employment made no reference to any entitlement. The employer maintained that the payments were a matter of policy, not a contractual entitlement. The terms had not been agreed through a process of negotiation with employees or their representatives and the policy was not communicated to employees generally, or "systematically" provided to them – save as part of the HR manual which was available on request. On the basis that the policy had not been drawn to the attention of the employees in question and had not been applied previously "without exception", the employment tribunal dismissed the claims.

However, this decision was overturned on appeal. Although the fact that the enhanced redundancy payment scheme had not been formally “published” was certainly significant in deciding whether or not the practice of paying enhanced redundancy payments had "crystallised into an obligation", it was not necessarily definitive. The crucial question was whether the employer’s conduct – including anything it said – was such that, viewed objectively, the employee would consider that the employer intended to be bound. What matters is not what the employer actually intended, but what the employees reasonably understood the position to be.

A similar approach was also followed in Allen and others v TRW Systems Limited in 2013, where again the emphasis was on the objective analysis that must be carried out in these circumstances and not on carrying out a simple box-ticking exercise of the steps that the employer actually took.

Historically, tribunals have placed significant weight on factors such as publication of a policy and the extent to which such a policy has been followed "without exception for a substantial period".

In light of these cases, where an employer has not published a redundancy policy and has not applied it "without exception", there is a greater risk that an enhanced redundancy payment policy could still be implied as a contractual term from a purely objective analysis of the circumstances. The focus should be on what the parties objectively understood the position to be. While specific factors will still be important when analysing the facts, essentially the picture needs to be viewed as a whole.

Employers therefore need to be aware that employee expectation may now have a greater impact, and should take greater care to ensure that they make it clear to employees whether or not a historic policy of paying enhanced redundancy payments is a contractual entitlement. It is also worth remembering that if a payment is a widely accepted feature of an employee’s remuneration package, tribunals will be more inclined to find that such payments were intended to be part of the employee’s remuneration package from the start.