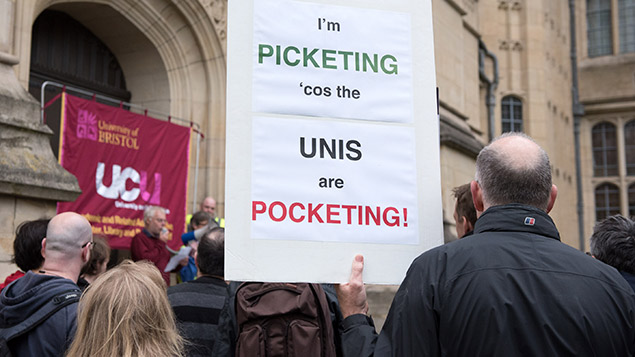 The Trade Union Act may have been watered down from what was originally envisaged when the Tories won the general election but employers could nevertheless face an increase in alternative forms of pressure, warn Andrew Taggart and Anna Henderson.

HR professionals working in unionised businesses may have to review strategies for handling trade disputes, including how they might respond to alternative forms of pressure.

The Conservative Party’s election manifesto in 2015 featured an intention to end “disruptive and undemocratic strike action”, principally through the introduction of tougher ballot thresholds and time limits on action.

This pledge took the shape of the Trade Union Bill introduced in the House of Commons in July 2015.  Many of the proposals faced considerable opposition as they progressed through Parliament, but although some were dropped or amended, the key reforms remained intact:

According to research in 2015, just over half of strike ballots in the UK held between 1997 and 2015 would have met the 50% turnout threshold. Although a reduction in the number of strikes and related disruption will be welcomed by employers, there may be unintended consequences.

Unions may be more strategic in balloting their members, perhaps restricting ballots to specific locations or key job categories, where these would be more likely to meet the thresholds. Further, unions may need to divert their resources to bolstering turnout and support rather than seeking settlement of disputes.

If successful, they may have a stronger mandate to demand changes. If unsuccessful, they may resort to alternative forms of pressure, such as leverage and media campaigns. If electronic balloting is introduced, the process should be cheaper for unions and it may be easier for them to ensure the required level of turnout and support.

The Government believes that the change to a six-month mandate will reduce the number of court hearings to consider whether a strike is covered by a historic ballot and will prevent action based on ballots which may no longer accurately represent workers’ views.

While, in theory, it will allow more time for negotiation before the industrial action is started, the prospect of having to re-ballot after six months may, in practice, cause unions to prioritise action over negotiation as the deadline approaches, while employers may be reticent to engage if they know time is running out. Tactical behaviour like this is unlikely to improve industrial relations between unions and employers in the long term.

There is some uncertainty as to whether the Government intends to go ahead with a proposal to repeal the ban on the use of agency workers during industrial disputes, as this has not been included in the Act.

Some commentators believe this could have significant implications for the effectiveness of strike action. But others are of the view that many employers will find it difficult to source agency workers who are willing and have sufficient skills to perform key roles at short notice.

Employers can, of course, already employ temporary employees directly on fixed-term contracts to cover striking workers. If this proposal is resurrected, it is likely to face significant union opposition.

The Trade Union Act received Royal Assent on 4 May 2016; the explanatory notes suggest it will be brought into force in early July 2016 and a raft of secondary legislation will then be needed before some changes are implemented. Some of these rules will be subject to further parliamentary scrutiny and, potentially, vocal opposition from unions.

Some unions have also announced their intention to challenge the new rules on the basis that their cumulative effect infringes the right to freedom of assembly and association under Article 11 of the European Convention on Human Rights; employers may be caught up in the crossfire.

And of course the Act could be short-lived even if it survives legal challenge because Jeremy Corbyn has pledged that Labour will repeal the Act should it form the next Government in 2020.

Trade Union Act: Now and next

HR professionals should make their senior management aware of the impending changes in the industrial relations landscape and take action to deal with the consequent risks.

Issues to consider include contingency plans for alternative forms of pressure in addition to strategies for strike ballots and action; whether to seek to encourage other forms of employee engagement; and whether to review employee policies in areas such as use of social media (given that this may provide the platform for alternative action).

About Andrew Taggart and Anna Henderson