Trump’s executive order on highly skilled migrants: does it affect your business?

By Sari Long and Claire Nilson on 15 May 2017 in Global mobility, USA, North America 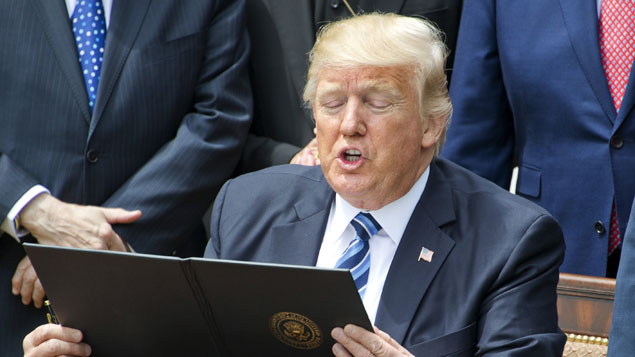 While much of the focus in the US at the moment is on President Trump’s own hiring and firing practices, employers who hire highly skilled professionals in the US from outside the country need to be aware of the administration’s executive order targeting H-1B work visas. Sari Long and Claire Nilson from Faegre Baker Daniels explain.

Specific details on the impact to the H-1B work visa were not outlined in the language of the order, which merely reinforced the US “policy” of enforcing and administering laws under the Immigration and Nationality Act.

It requested that the Labor Department, State Department, and Homeland Security propose new rules to protect US workers and that reforms should be suggested to ensure H-1Bs are awarded to the “most-skilled” or “highest paid” workers.

For companies that rely on H-1B visas to hire professional employees in the US for specialist occupations, this means these visas are in a state of transition, and employers should also take note of additional measures from the US government on combatting fraud and abuse with the H-1B work visa.

According to the Trump administration, the likely outcomes are:

No changes to legislation, yet

As with other EOs from the Trump administration, this order advises government agencies to review, assess, and provide reports on issues related to its “Buy American and Hire American” policy.

It is important to emphasise, however, that nothing in this EO changes current H-1B laws or regulations, as any significant change must be accomplished through new H-1B legislation.

For example, changes to prevailing wages, salary levels, and allocation of H-1Bs to higher-skilled, more educated workers will require a change in the law through legislation. Changes to the H-1B work visa category cannot be done through an EO.

In short, most changes must be accomplished with new legislation from Congress. This means that, if certain H-1B regulations are to be reviewed and revised, these changes will have to go through appropriate review, notice and comment periods, and satisfy the requirements of the Administrative Procedures Act.

In early April, before the EO was issued, USCIS announced that it would be implementing “multiple measures to further deter and detect H-1B visa fraud and abuse”.

Although USCIS has been conducting site visits of H-1B petitioning employers for years, it is now taking a more targeted approach to carry out site visits and focus on the following types of cases: where an employer’s basic business information cannot be validated through commercially available data; on H-1B dependent employers; and employers petitioning for H-1B workers who will be placed off-site at another company’s location.

At the same time, the Department of Labor also issued an announcement to protect US workers by using its existing authority to initiate investigations of H-1B program violators, potentially revising the Labor Condition Application to provide greater transparency, and engaging stakeholders on program improvements to provide greater protections to US workers.

The Department of Justice (DOJ) also issued an announcement on 3 April 2017, cautioning employers not to discriminate against U.S. workers, citing the anti-discrimination provisions of the Immigration and Nationality Act (INA) that prohibit employers from discriminating against US workers because of their citizenship or national origin in hiring, firing and recruiting.

It’s clear that the Trump administration wants to vigorously enforce the proper use of the H-1B work visa category, and also potentially change it.

Although nothing has changed under the current law and regulations of the H-1B work visa category, the Trump administration will use stricter scrutiny under its current provisions while it attempts to work with Congress to enact new H-1B legislation and/or introduce new regulations.

Employers who use the H-1B visa program would be well advised to review their current practices, ensure compliance with the H-1B regulations that are in place, and develop action plans for response if a government agency notifies the employer of an onsite audit of their H-1B workers.

This includes ensuring that public access files (required in the H-1B regulations) are accurate and up-to-date and that H-1B workers are performing the positions outlined in their H-1B petitions, that they are working at the location specified in the petition, and that they are paid at least the prevailing wage as described in the petition.

Finally, employers who use the H-1B program should ensure that they stay informed of any proposed and enacted changes that are sure to come as the Trump administration and Congress determine what changes to the H-1B program are politically viable.

About Sari Long and Claire Nilson