By Bethan Jones on 14 Apr 2014 in Unfair dismissal 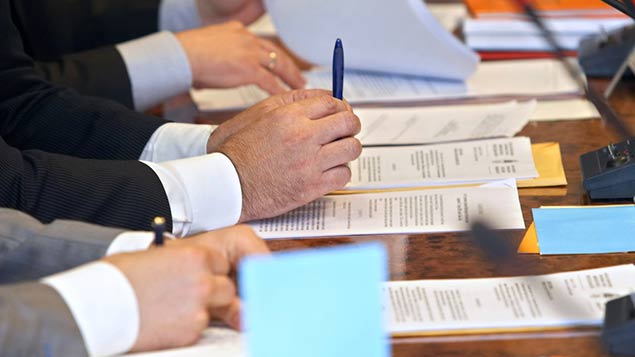 In DLA Piper’s case of the week, the Employment Appeal Tribunal (EAT) considered a case in which the employer was found to have fairly dismissed someone despite choosing not to follow the findings of an independent appeal panel.

Ms Kisoka was employed by Rydevale Day Nursery from 2008 until August 2011. Ms Kisoka allegedly started a fire in the nursery on 16 August 2011. After reviewing CCTV footage, her employer established that Ms Kisoka had been on the premises when the fire occurred. She was dismissed for gross misconduct.

Ms Kisoka appealed the decision. Her appeal was heard by an independent panel because Rydevale is a small organisation with limited resources and had an insufficient number of managers to hear the appeal. The independent panel decided to overturn Rydevale’s decision to dismiss.

After consideration, Rydevale decided not to implement the panel’s decision and to uphold Ms Kisoka’s dismissal. Ms Kisoka brought a claim for unfair dismissal against Rydevale.

The main question put before the employment tribunal was whether or not Rydevale was bound by the independent appeal panel’s decision or was justified in deciding not to implement that decision.

The tribunal found that Rydevale had given the panel’s decision sufficient consideration to be justified in not following it. The tribunal viewed the CCTV footage and considered Ms Kisoka’s inability to explain her movements on the day of the nursery fire. The tribunal came to the conclusion that the claimant had been guilty of misconduct and that an investigation had been reasonable.

The tribunal also took into account the fact that Rydevale is a small organisation and that there was no appropriate person to hear Ms Kisoka’s appeal within Rydevale. It was held that Rydevale had properly considered all the evidence submitted by Ms Kisoka at the appeal and noted that there had never been any agreement that an the independent panel’s decision would be final. Consequently, the tribunal found that Ms Kisoka’s dismissal was fair in all the circumstances.

Ms Kisoka appealed on the grounds that the tribunal had erred in concluding that Rydevale was not bound by the panel’s decision and that she was not given an effective appeal hearing.

The EAT upheld the decision of the tribunal. The court held that s.98 of the Employment Rights Act 1996 states that the fairness of a dismissal depends on whether or not the employer acted reasonably in all circumstances in dismissing the employee. To state that Rydevale could not deviate from the panel’s decision was “to put a gloss onto the statutory language”. It was acknowledged that Rydevale had responsibility for the overall welfare of children and had a genuine concern in re-employing Ms Kisoka when there were reasonable grounds for believing that she had started the fire.

The EAT held that the tribunal was entitled to take into account the size and resources of Rydevale and confirmed that it may not always be practical for employers to take all steps in the Acas code of practice on disciplinary and grievance procedures. Nevertheless, Rydevale had not breached the Acas code by deviating from the panel’s recommendation. Rydevale had acted in good faith. Ms Kisoka’s dismissal was therefore upheld and the EAT confirmed that there had been no error of law in the tribunal’s approach.

The case clearly illustrates that employers that appoint an independent panel – whether because of limited internal resources or otherwise – will not be bound to implement the decision reached by the panel. This case also highlights the important of s.98(4) of the Employment Rights Act 1996 and the need for tribunals to consider “all the circumstances” when determining the fairness of the employer’s decision.

For example, in this case Rydevale’s limited resources, the lack of explicit terms of engagement between the employer and the panel and the fact that the initial investigation into Ms Kisoka’s conduct was reasonable led the EAT to confirm that the employer had been entitled to deviate from an independent panel’s decision.

View all posts by Bethan Jones →
Previous Article
Next Article