By Caroline Noblet and David Regan on 25 Jul 2016 in Grandparental leave, Maternity & paternity 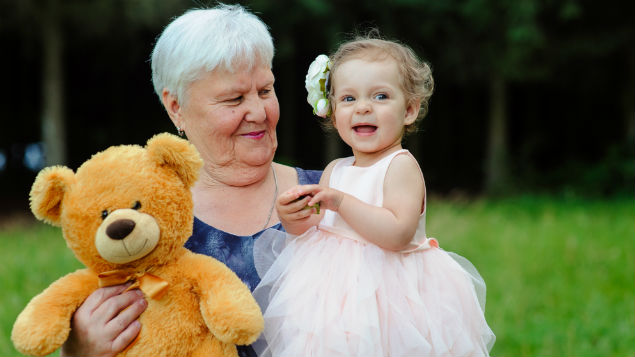 The forthcoming consultation on grandparental leave signals a recognition from the Government that there is a need for creative thinking around childcare for working families. However, it could have serious consequences for employers that may inadvertently hinder, rather than help, the UK business community.

Hugely increased administrative burdens, the need to re-write major policies and a potential rise in discrimination claims are all possible effects of this policy that HR teams may have to face. So, what exactly is being proposed and how can HR teams look to minimise these potential risks and burdens?

What would shared grandparental leave mean in practice?

In essence, grandparental leave does what is says on the tin; allowing grandparents to take time off work in order to help care for their newborn grandchildren. The idea is that, by allowing parents to return to work more quickly and at a lower financial cost (with childcare costs and concerns being significantly reduced as the grandparents can provide care), both families and the economy will fare better as a result.

While that may be the idealistic hope of the policy, little has been disclosed thus far as to how the Government plans to achieve this. It is to be hoped that the Government’s consultation on this – which is due to start in the summer of 2016 – will provide much needed clarification. Meanwhile, a number of key questions remain unanswered.

For example: is it only biological grandparents who will be eligible for this leave? How much leave will a grandparent be entitled to, and how often they are allowed to take it? Will employer co-ordination, as with shared parental leave, be needed across multiple HR teams? How will any period of grandparental leave impact an employee’s pension?

One of the most obvious problems for HR teams if grandparental leave is given the green light will be the enormous administrative burden that it will place on employers.

Even if we are to assume that this policy will be limited to biological grandparents – and it may not be – then there will potentially be a minimum of six employers who are required to collect information and co-ordinate leave, as opposed to the current maximum of two. If step-grandparents are also eligible, then this figure could increase to 10.

In addition, employers have, in the main, only recently got to grips with and drafted complicated shared parental leave policies, which will now need re-drafting.

In fact, it is these new policies themselves which may pose the biggest headache for employers. Although HR teams will be ultimately guided by the, as yet undrafted, statutory provisions, employers will need to consider whether or not enhanced grandparental leave will form part of their benefits package as part of their efforts to recruit and retain talent.

Indeed, it is not uncommon for grandparents to have several grandchildren under the age of one. Will they be forced to choose between their grandchildren when planning grandparental leave? Or will they be able to take periods in respect of all children and potentially be out of the workplace for a significant period of time as a result?

Another issue HR teams will face is a possible rise in litigation, arising from increased discrimination claims. Maternity discrimination has, according to the media, been on the rise and the initial feedback on shared parental leave is that some fathers are afraid to take it due to a fear of being discriminated against.

Against this background, this policy will further expand the categories of employees who could suffer child-related discrimination, and this creates the possibility of a rise in discrimination claims being brought against employers.

The Government has pledged to launch a consultation on grandparent leave this summer, which will give employers a valuable opportunity to provide feedback. Irrespective of this consultation, however, it would be wise for HR teams to begin looking at the consequences of such a policy now.

Although undoubtedly adding a layer of complexity to the employment relationship and a significant administrative burden, there is no reason why such a policy needs to be unmanageable for businesses to execute.

The key to managing this without placing an undue burden on HR teams will be to plan ahead. HR should consider current policies and practices, deciding whether or not to offer enhanced terms and, if so, what would be a reasonable qualifying period.

It remains to be seen whether or not there will be widespread support for this policy, or whether the public appetite matches the government enthusiasm for legislation. However, with some employers now voluntarily offering this as part of benefits to employees, even without legislation, this policy is something HR teams will need to consider.

About Caroline Noblet and David Regan