Use of zero hours contracts is stalling 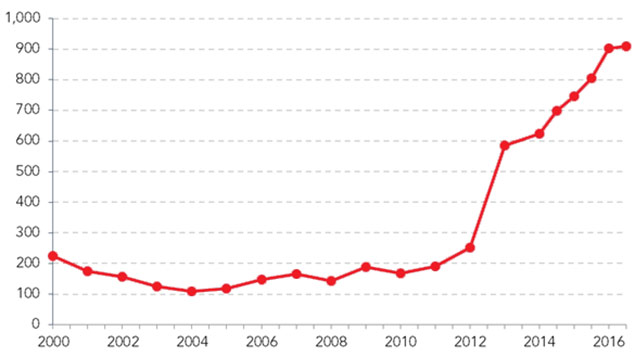 The number of people working under zero hours contracts appears to have slowed significantly in 2016, according to fresh analysis of labour market data.

This is the first time that zero hours contracts have not grown substantially faster than overall employment rate since they initially entered the public debate in 2013.

Nevertheless, the number of people on zero hours contracts hit a record high of 910,000 in the last three months of 2016 according to the Resolution Foundation, the thinktank carrying out the analysis.

Conor D’Arcy, policy analyst at Resolution, said: “While the growth in these contracts has continued, beneath the surface there are signs of change, with a marked slowing of their uptake in the last six months of 2016.

“This is about more than just the general slowdown in employment growth, with a bigger drop visible in the growth of zero hours contracts. The negative publicity these contracts have attracted may well have played a role in their slowdown, as firms rethink their use.”

The analysis suggests three reasons why the use of zero hours contract may have slowed:

D’Arcy added: “The challenge now is to ensure that these still-popular contracts are reserved for cases of genuine desired flexibility for worker and employer.”