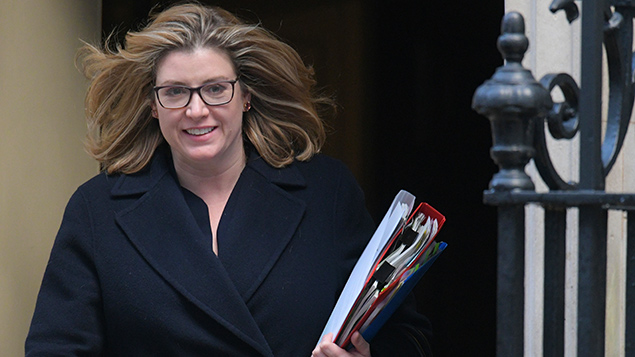 A quarter of FTSE 350 companies have only one woman on their board, and there remain five all-male boards, according to the 2018 Hampton-Alexander Review in female leadership in the UK leading companies.

It means that half of appointments to board positions will have to be filled by women over the next two years to meet the target of a third of women in senior leadership positions by 2020.

Figures published today in the Hampton-Alexander Review’s 2018 report reveal that FTSE 100 companies are on track to hit the target of having more than 30% of board positions occupied by women. This proportion has risen from 13% in 2011.

Chair of the Hampton-Alexander Review Sir Philip Hampton said: “Over 100 FTSE 350 companies have already achieved – or exceeded – the 33% target for women on boards, with a further 50 companies well on their way.

“I would like to thank the business leaders and stakeholders that have driven progress in recent years for their significant and collective contribution. At the same time, too many companies still have a long way to go.

“I am also delighted to see an increase in the number of women in the all-important senior leadership roles and companies working hard for some time now, delivering clear results.”

Minister for women and equalities Penny Mordaunt said: “Today, we can see that the top UK companies are taking action, not just because gender equality is morally right, but also because it makes good business sense.”

In the FTSE 100, four companies – Next, Rightmove, Hargreaves Lansdown, and Taylor Wimpey – have 50% or more women on their boards. Six FTSE 250 companies have met the same threshold.

The report also welcomed an increase in the number of women in FTSE 350 leadership positions just below the board, with FTSE 100 executive committees at over 21% women for the first time.

The CBI’s chief UK policy director Matthew Fell said: “Female representation on FTSE boards has risen to record levels, but at times of great change things can all too easily slip backwards. The evidence is clear – diverse boards outperform their rivals. Action is required now to end all-male boards and pick up the pace of progress.”

The report’s authors said it was “concerning” and “disappointing” that there are still 75 companies in the FTSE 350 with only one woman on their board.

Lorna Fitzsimons, CEO of The Pipeline, which trains women for senior roles, said: “The Pipeline’s data shows there are two key differences between the best and worst performers in the Hampton-Alexander report. The first is the role of the CEO and the second is the purpose with which they implement a plan to promote women to senior roles.

“Those CEOs who believe more women in C-suite roles is good for business and have transparent succession planning matching women for specific jobs are having more success. If you’re not purposeful about having women in senior roles as a leader then the business doesn’t take it seriously. Our data from multiple studies over the last five years showed this time and time again.”