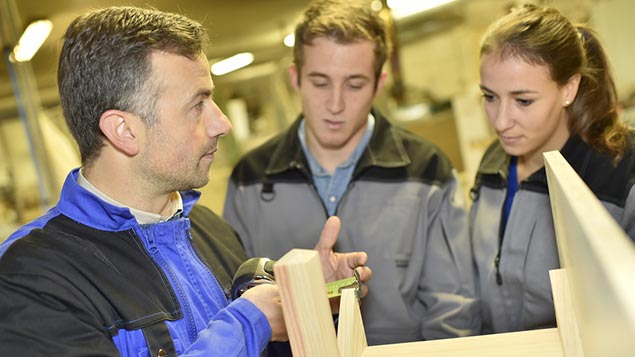 In the second of two articles on employing younger people, Adrian Martin provides a brief overview of the law, both before and during employment, in relation to apprenticeship schemes and the potential problems regarding termination. The first article was on employing workers under 18 years of age.

Apprenticeships are the little black dress of the employment world; they never go out of fashion. Indeed, over the past 20 years, successive governments have sought to encourage businesses to establish apprenticeship schemes, and entice individuals to take up the opportunity for certified on-the-job training.

A well-run apprenticeship scheme should benefit both the business and the apprentice. Schemes are largely based on the well-established agreement whereby the employer provides training, while the apprentice agrees to work for less pay than a fully trained employee. A business may also be able to receive government funding in respect of an apprentice. Hiring an apprentice is, therefore, a potentially attractive option. However, there are a number of regulatory and employment law aspects that employers need to consider.

The regulation of apprenticeships goes back centuries – on some evidence as far back as the early 13th century, where apprentices were explicitly referred to in early statutes of the City of London, which excluded them from certain privileges. It is therefore unsurprising that a common law concept remains alongside the current legislative regime (governed by the Apprenticeships, Skills, Children and Learning Act 2009 (ASCLA)).

The distinction between common law and statutory apprenticeship concepts has a key practical significance. An individual engaged under a statutory “apprentice agreement” will be treated as being engaged under a contract of service and therefore may generally be dismissed in the same manner as an ordinary employee, However, a common law apprentice has far greater protection and the potential to claim significantly larger compensation.

There are two different types of apprenticeship, and the distinction can have a major effect on the relationship between employer and apprentice.

Contracts of apprenticeship are governed by common law principles, are generally for a fixed term, and cannot be terminated early except for in cases of extreme misconduct. They can be created orally, and even without the use of terminology such as “apprentice” or “apprenticeship”. The defining feature is that training is the main purpose of the arrangement.

Apprenticeship agreements must comply with an “apprenticeship framework” published by the Govern-ment and incorporate a training element, generally through an external training provider. Government funding is available to cover part of the cost of this training and, unlike under a common law contract of apprenticeship, an apprentice can be dismissed in the same way as any other employee.

Due to the availability of government funding, and the knowledge that the apprentice will not be able to benefit from the increased protections afforded to common law apprentices, the ASCLA will be the preferred option for most employers. A good rule of thumb is that, if an arrangement does not meet the requirements of ASCLA, it will be a common law apprenticeship. It is therefore important for employers to ensure that the ASCLA requirements are met.

Note: The Deregulation Bill will introduce a further arrangement in 2015 – the “approved English apprenticeship”. This will remove some of the technical requirements of the ASCLA, but only in England. Welsh apprenticeships will not be affected.

The ASCLA sets out certain conditions that must be met for an arrangement to constitute an apprenticeship agreement. They are not onerous, but are significant in the light of the fact that non-compliance would result in a common law apprenticeship and therefore mean that the employer would not be eligible for government funding. In particular (except in the case of employees of the Crown Parliament or military personnel), the agreement must:

Until such time as the Deregulation Bill comes into effect in England, and at any point in Wales, the substance of the apprenticeship must be consistent with a “qualifying apprenticeship framework”. These frameworks are published by the National Apprenticeship Service, and relate to particular skills or occupations. More detailed information can be accessed here.

FAQ: What responsibilities come with taking on an apprentice?

It is also generally useful to include certain provisions that may be inconsistent with a common law apprenticeship, in order to reduce the risk of such an arrangement being deemed to exist. While a mere label is never conclusive as to employment status, it would be prudent to state expressly that the agreement is intended to create a contract of service (under the ASCLA), and not a contract of apprenticeship.

A provision allowing the employer to terminate the agreement immediately following the individual’s gross misconduct or, otherwise, after a period of notice would also be inconsistent with a common law apprenticeship (as illustrated in the recent case of HMRC v Jones and others (t/a Holmescales Riding Centre)). Clearly, such provisions would also create greater flexibility for the employer.

The risk of age discrimination may be particularly relevant to employers dealing with apprentices.

While it may be tempting to place age limits on applicants, on the basis that government funding for apprentices’ training is tiered according to age – with greater funding being allocated to younger apprentices – such an approach could directly discriminate against older applicants, unless the employer can show that the limit is objectively justified.

Employers should also consider whether or not the terms offered to apprentices are consistent with other employees of similar status and length of service. Apprentices as a group are likely to be younger than the rest of the workforce, so any difference in terms would generally need to be objectively justified to avoid a risk of indirect age discrimination.

Statutory rights of apprentices during employment

Whether an apprentice is engaged under ASCLA, or as a common law apprentice, he or she is likely to be an employee for the purposes of the statutory employment regime and will enjoy many of the statutory rights applicable to employees. There are, however, certain exceptions and modifications. In particular, apprentices are not entitled to protection against discrimination under the Fixed-term Employees (Prevention of Less Favourable Treatment) Regulations 2002, and those who are under the age of 19, or in the first year of their apprenticeship, are currently entitled to a lower level of minimum wage protection than other workers.

Where the arrangement is terminated by the employer, or terminates automatically at the end of a fixed term, there will be a dismissal for the purposes of the Employment Rights Act 1996 and therefore the potential for an unfair dismissal claim exists.

Employers would be advised to tread particularly carefully in the case of common law apprentices (ie where an ASCLA arrangement is not in place). This type of apprenticeship scheme will normally be for a fixed term, and cannot usually be terminated early except in cases of extreme misconduct.

Case law suggests that the misconduct must be so serious that it is impossible to carry on teaching the apprentice and that gross misconduct (which would justify the summary dismissal of an ordinary employee) may not be sufficient to justify early termination.

In addition to any statutory claims, such as unfair dismissal, the early termination of a common law apprentice carries with it the risk of a breach of contract claim, which could potentially be very valuable.

The remedy for such a claim can be large, as a wrongfully dismissed common law apprentice may be entitled to enhanced contractual damages to compensate for the (possibly significant) effect on future career prospects and earning potential, in addition to lost earnings for the remainder of the fixed term (such as in the case of Dunk v George Waller & Sons [1970]).

Under the ASCLA, an apprenticeship agreement will generally be treated like any other employment contract, and an apprentice can be lawfully dismissed according to the principles that would apply to an ordinary employee. The usual statutory and common law protections (eg unfair dismissal, wrongful dismissal and discrimination protection) apply.

However, it would be open to an apprentice (whether a common law or an ASCLA apprentice) to argue that a higher standard is required of an employer to dismiss an apprentice fairly (for the purposes of the unfair dismissal regime) compared with an ordinary employee.

While there are no reported cases of the unfair dismissal of an ASCLA apprentice, the old industrial tribunal case of Neve v Brookway Engineering Ltd IT recognised the “special position” of a (common law) apprentice and applied a higher standard to the employer, which it found had unfairly dismissed the apprentice on performance grounds.

As the unfair dismissal test under s.98(4) of the Employment Rights Act 1996 requires consideration of all the circumstances, it is easy to see how a sympathetic employment tribunal may be persuaded to hold an employer to a higher standard in the case of an apprentice.

Everything considered, it is best to think twice before telling an apprentice “You’re fired!”

Adrian Martin is a partner at Burges Salmon LLP.
View all posts by Adrian Martin →
Previous Article
Next Article