By Laura Chamberlain on 8 Dec 2011 in HR practice 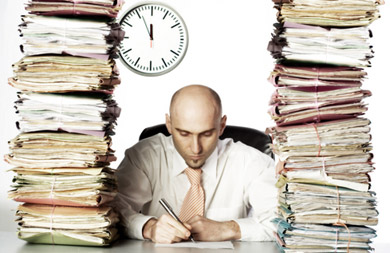 Employees are working nearly two hours less per week on average than in 1992, due to changes in the structure of the economy, official figures have revealed.

According to data published today by the Office for National Statistics (ONS), average weekly hours dropped by 4.7% over the last 19 years. This fall, from 38.1 hours in 1992 to 36.3 this year, is because of the higher proportion of people now employed in the services sector, where hours tend to be shorter than in other sectors. Employees in services work an average week of 35 hours, compared to 41.2 hours for both manufacturing and construction.

A rise in part-time working has also contributed to the drop in hours worked, with 27% of all employment in the UK now part time, up from 24% in 1992.

Overall, the UK has a shorter working week than the European average of 36.3 hours. The ONS puts this down to the high proportion of part-timers in the UK compared with the rest of the continent.

If part-time workers are excluded from the data, the UK has one of the longest working weeks in Europe at 42.7 hours, with only Austria and Greece working a longer week, at 43.7 hours. The average for Europe is 41.6 hours.

Additionally, the ONS found that the UK’s full-time managers and senior officials work 7.6 unpaid hours per week, spending a total of 46.2 hours at work.

In contrast, manufacturing operatives were found to work longer than average weeks of 44.2 hours but had little gap between paid and actual working hours.

TUC general secretary Brendan Barber commented: “These figures shine a light on the valuable, but too often unrewarded, extra hours that UK workers put in every week. Employers should do more to recognise the unpaid overtime that their staff do, which contributes £29 billion to the UK economy every year.

“But while average hours are falling across the economy – both as a result of the recession and changes in working practices – UK workers are still doing the third longest shifts in Europe, with only Austrians and Greeks working longer.”

He added that smarter working practices and an end to “pointless presenteeism” would help make staff more productive and ensure they had a better work-life balance.

Model documents on working hours, including a working time policy and a form for employees to opt out of the 48-hour working week, are available on XpertHR.