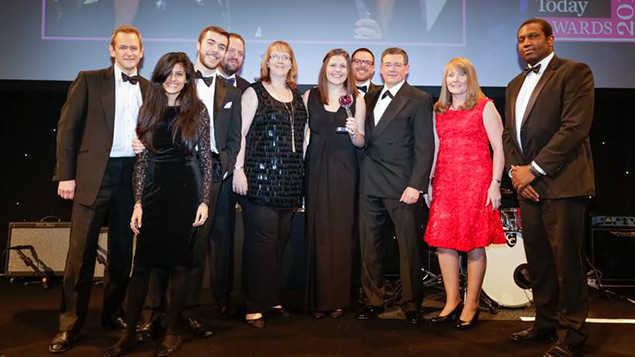 EDF Energy collecting their award in 2013

In 2008, EDF Energy realised that it “looked and felt the same everywhere”. Its workforce was predominantly white and male, and there was little focus on expanding the company’s diversity.

In the energy sector, skills shortages mean that employers must draw from as wide a candidate pool as possible, so this was a missed opportunity.

In 2010, it developed a long-term diversity and inclusion strategy with a comprehensive vision: “as an inclusive company, we capture the value that difference brings”. The strategy was to focus on five key areas: resourcing, developing talent, leadership development, engagement and measuring its progress. A dedicated team was put in place to implement the strategy.

Resistance from the business was initially expected in terms of where diversity and inclusion sat as a priority. However, the executive committee showed their support, which helped with buy-in throughout the organisation.

In addition, EDF Energy had merged with British Energy in 2008, so the organisation was already overcoming the cultural differences between the two companies, making it more difficult to embed a company-wide diversity initiative. By tailoring its efforts for certain business units and ensuring that messages were consistent, this became less of an issue.

One of the key areas of focus was recruitment. The company widened its pool of talent by using job boards such as DiversityJobs, using specialist publications to showcase role models, and creating targeted campaigns such as Access to Apprenticeship.

Internally, the company introduced a number of schemes, including a BAME network mentoring scheme, a reverse mentoring scheme so senior executives became aware of the potential barriers to career progression, and a women’s leadership programme. EDF Energy also holds a Diversity Day and diversity is an integral part of the induction programme so that new starters recognise its importance.

Measurement is important to the success of EDF Energy’s diversity initiatives. It monitors diversity in recruitment, training, talent management and leavers, as well as benchmarking itself against other leading companies through surveys, such as the Stonewall Equality Index.

Denise Keating, chief executive of the employers’ network for equality and inclusion, applauded the company’s focus on measurement when nominating them as winner of Personnel Today Award for Diversity and Inclusion.

She said: “There are clear measurable outcomes, with impressive progress being made across the diversity and inclusion agenda.”

And the results speak for themselves: one-fifth of apprentices were female in 2013, compared with 14% in 2012 and 6% in 2011. More than one-third of hires in 2012 were described as diverse, and 80% of the company’s BAME mentees have been successful in getting onto its emerging talent scheme.

Looking to the future, EDF Energy is now working with professional services company EY to shape its National Equality Standard. It says: “This will enable us to validate progress against the inclusion strategy and ensure we can benchmark our inclusive culture externally.”