References in the banking sector: what HR needs to know

By Sarah Ozanne on 20 May 2016 in Financial services, Legal opinion, Employee references 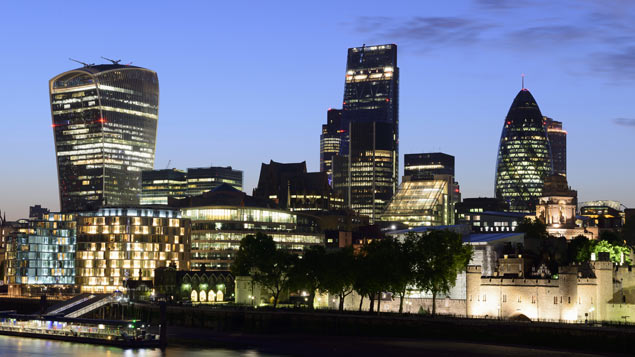 Employers in the banking sector must comply with tough new requirements as part of major regulatory reform. What impact will this have on how HR deals with references? Sarah Ozanne explains.

A new banking regime came into force in March 2016, introducing major regulatory reform for those in the sector, with the aim of making banks and those that run them more accountable.

Financial services: respond to a reference request for an approved person

One area which has yet to take effect is the proposed changes to references provided for those who work in the sector. HR functions within banks will need to undertake a major overhaul of their policies and procedures on references to make sure they are compliant.

At present, it is common practice for employers to provide an outgoing employee with a bland standard form reference, simply confirming role and dates of employment. This has enabled those with a poor conduct history to move around in the financial services sector reasonably unchecked.

To address this, industry watchdogs the Financial Conduct Authority (FCA) and the Prudential Regulation Authority (PRA) have proposed new rules which require relevant firms and insurers to request a reference from a candidate’s previous employers covering the preceding six years of their employment. References must also be provided in a specific format.

This requirement applies to people going into certain categories of role, including those in the senior management and certification regimes. It also means that an employer may be required to seek a reference from another company in the same group.

What information must be supplied?

The proposed mandated form of reference requires the provision of minimum information including:

As well as the requirement to provide a reference in response to a request, a firm has an ongoing obligation under the new rules to update a reference where it becomes aware of matters that would cause it to draft that reference differently.

This is most likely to have an impact if the company discovers something after an employee has left which leads them to conclude that there has been a breach of the conduct rules or standards.

In addition to the new requirements, employers will still be obliged to provide all information relevant to the new company’s fit and proper assessment.

They will therefore need to exercise judgment on what they disclose beyond the mandated information, not entering into arrangements which restrict their ability to comply with the requirements on references.

HR functions within banks should also ensure that provisions are not included in either contracts of employment or settlement agreements which contradict the new requirements.

While to do so would create a valid contractual obligation, the regulators and courts are likely to have little sympathy for an employer who seeks to avoid its regulatory duties by relying on such a provision.

Employers remain subject to the common law requirement to ensure that references are fair, accurate and not misleading. Compliance with this is important to avoid potential liability to ex-employees, but also to new employers that rely on the information in a reference.

Furthermore, employers will have ongoing duties to individuals if they are still an employee at the time that a reference is provided to their potential new employer.

They need to ensure that, while they comply with the obligation to provide all information relevant to the company requesting a reference, the contents of a reference do not expose them to claims.

In line with the new rules, firms will also be required to review and enhance systems and controls relating to the retention of records – as well as the policies and procedures for both requesting and providing regulatory references.

Firms that fail to comply with the new obligations on references may be subject to enforcement action by the FCA.

Feedback from stakeholders in relation to the FCA/PRA proposals on references was generally supportive, although concerns were raised about the practicalities of updating historic references and the timetable for implementation.

The two regulators intend to publish the final rules summer 2016 and have indicated that there may be a transitional period to allow companies time to implement the changes.

The PRA and FCA have also stated that, in due course, they will consider the extension of the new requirements on regulatory references to all authorised organisations.

This is in line with the proposal to extend the requirements of the new banking regime generally to all firms that operate in the financial services sector by 2018.

Clarity is still awaited on the final form of the new rules on regulatory references, but is expected later in 2016. In the meantime, firms should take the opportunity to review standard documents, including contracts of employment and settlement agreements.

They should also review internal policies on the provision of references and put in place robust record-keeping arrangements.