Brexit: Would the Government’s grip on trade unions get tighter? 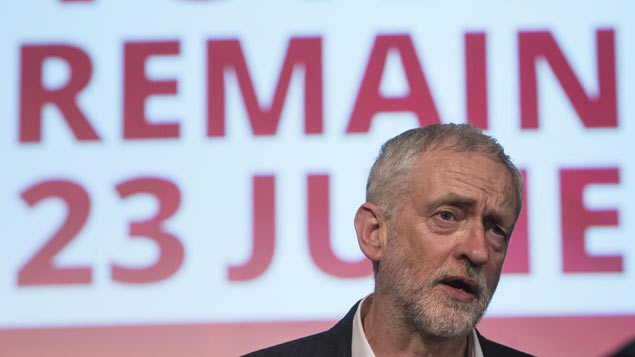 Will an exit from the EU empower the Government to reduce the rights of trade unions and the right to strike still further? Paula Rome, partner at Shoosmiths LLP, looks at the potential ramifications.

The rights of employees to have union representation and take industrial action has always been an emotive and politically charged subject in the UK.

Recently, one of the most contentious and debated proposals for change by the present Government were those changes proposed to legislation (and related codes of practice) limiting strike action. These changes are now included in the recently passed Trade Union Act 2016.

The changes, which will limit industrial action, will undoubtedly be welcomed by some employers who have faced the disruption and inconvenience of strike action, or the threat of it.

However, unions must be concerned that these recent changes have taken place against a backdrop of the UK being a signatory to various international instruments protecting the rights of employees to join trade unions and participate in industrial action.

These instruments, including the European Convention on Human Rights (ECHR) and the EU Charter of Fundamental Rights, appear not to have impeded the Government in its reforms.

For some time, it has been strongly argued that the former legislation does not comply with these EU instruments and the guaranteed right to strike that they contain.

However, these arguments appear to have had little practical impact on the law in the UK and certainly do not seem to have inhibited the Government’s further restrictions on the right to strike.

Although the changes have, to a degree, been watered down, the resulting Trade Union Act 2016 (which received Royal Assent on the 4 May 2016) is undoubtedly going to be unpopular with the unions and their members.

The proposals it includes are contentious. It will require a ballot turn out of at least 50% for industrial action to go ahead. There are further restrictions on the health, education, transport, fire, border security and other public-services sectors.

A strike or other industrial action, such as a work to rule, in these sectors shall require that a further threshold of 40% of all eligible members voting in the ballot support industrial action to ensure the validity of it.

The Act also introduces additional formalities to an already massively complex process (set out in the soon to be amended Trade Union and Labour Relations (Consolidation) Act 1992 or TULCRA), by requiring a clearer description of the relevant trade dispute and a specific plan of the industrial action contemplated.

Mandates for industrial action will be limited to six months, and notice periods to employers of when action will be taken have doubled to two weeks.

Complying with the TULRCA requirements for lawful industrial action is already a complex and highly litigious area, and for years questions have been raised about the UK’s compliance with European protection.

The legislative framework controlling strike action is complex and would never be described as user friendly. The technicalities have been used by employers in the past to block industrial action for sometimes minor infringements of the legislation.

This, at one point, reached such a level that the Court of Appeal handed down judgments in RMT v Serco, specifically making the point that injunctions to prevent industrial action would only be entertained if they amounted to substantial breaches of the Act. It also encouraged courts to make a “likely and workable” construction of the statutory requirements on strike ballots and notifications, supporting disregarding insignificant breaches of the statutory rules.

The Government’s new Trade Union Act further emphasises the “UK centric” view that the freedom to organise and take industrial action under UK law is a privilege rather than a right.

Unless there is compliance with TULRCA as amended by the new Trade Union Act when it is fully in force, there will be an actionable breach of contract by the employee making it possible (to a limited degree) for employers to dismiss striking employees and sue the trade union for damages.

Making compliance more difficult is more likely to result in strike action being held to be unlawful, thus reducing the ability of the union to rely upon statutory immunity and increasing injunctive applications to prevent strikes.

The trade unions and those who support the ideal of a trade union movement must be wondering if and when these changes can be made. Given the current backdrop, where there are restrictions on the limitations that government can impose, just what might a government unrestricted by EU regulation and protection have in mind for the unions and members going forward?

Paula Rome is a partner at Shoosmiths LLP.
View all posts by Paula Rome →
Previous Article
Next Article