By Personnel Today on 12 Jun 2013 in Employee relations, Employment law 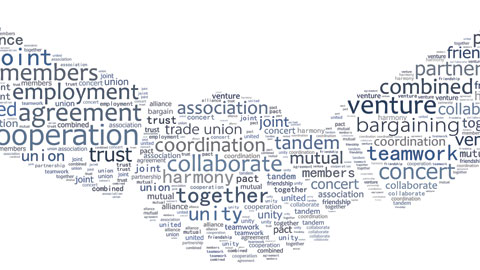 A controversial decision has effectively rewritten a key part of the law governing statutory trade union recognition, the process by which a union can force an employer to negotiate with it on pay, hours of work and holidays.

If the change “sticks”, it could have profound implications for UK industrial relations. Employers with “sweetheart” deals allowing them to negotiate with only one union would become vulnerable to statutory recognition requests from other unions.

Until now, it seemed clear that the legislation governing statutory trade union requests requires the Central Arbitration Committee (CAC) – the body tasked with adjudicating union recognition requests – to reject a union’s application for statutory bargaining rights if the employer already recognises another trade union for any collective bargaining purposes. However, in PDAU v Boots Management Services Limited, the CAC overrode this principle on human rights grounds, ruling that this barrier exists only if another union is recognised for negotiation on the statutory issues of pay, hours of work and holidays.

Most union recognition agreements in the UK are ­voluntary. When the rules on statutory recognition were introduced into the Trade Union and Labour Relations Consolidation Act (TULRCA) 1992 in 2000, the legislation was deliberately drafted to ringfence existing voluntary arrangements to prevent them from being undermined by another union’s request for statutory bargaining.

Any form of recognition

This principle was expressed in the widest terms. Existing recognition agreements were defined to include any legally valid form of recognition – not just negotiation of terms and conditions, but negotiation over the termination or engagement of workers, allocation of work, matters of discipline and facilities for trade union officials. The legislative intent was clear – statutory recognition could not be used by one union to hijack the employer’s voluntary recognition of another union.

This was precisely the approach used by Boots when pharmacists’ union the PDAU sought statutory recognition – Boots swiftly concluded a sweetheart recognition deal with the Boots Pharmacists Association (BPA), a long-standing staff association that the PDAU regarded as being “in the pocket of management”. Recognition of the BPA fell short of bargaining rights over pay, hours of work and holidays but, on the face of it, rendered the PDAU’s application invalid.

The CAC, however, decided otherwise. It accepted the PDAU’s arguments that the right to freedom of association under art.11 of the European Convention of Human Rights was more than simply a right to join a trade union.

For the right to have any legal teeth, it had to include as an essential element the right for that union to negotiate terms and conditions of employment on behalf of the workers. To allow that result, the CAC “rewrote” the provisions in TULRCA so that only the existing recognition of another union with bargaining powers on pay, hours of work and holidays – the statutory issues – can automatically block another union’s request for statutory recognition.

This decision is not the first time the CAC has rewritten the statutory recognition legislation on human rights grounds. In 2012, it allowed pilots’ union Skyshare to apply for statutory recognition against Portuguese airline Netjets, even though only 159 of 779 of the pilots in the proposed bargaining unit were based in Great Britain.

When the decision was upheld by the High Court after Netjets sought judicial review, the CAC ruled that the territorial scope of the legislation had to be interpreted to allow the application as any other approach would deprive the pilots of their rights under art.11 to have a union negotiate terms and conditions of employment on their behalf.

The extension of this principle in the PDAU case is legally dubious. While the CAC felt able to make additions to para.35 of sch.1A of TULRCA to achieve this result, it appears to have overlooked the clear wording in para.3(6) of sch.1A.

The CAC’s interpretation that its decision did not “alter the wording in a way which is incompatible with the underlying thrust of the legislation” seems wholly incorrect. The ruling does not merely add an interpretative gloss to one part of the legislation – it silently deletes another provision that erects a deliberate firewall around existing recognition arrangements.

CAC decisions do not create precedents – they do not bind future CAC panels in the same way that an employment tribunal decision is merely persuasive in other tribunal proceedings. It is possible this decision could be overturned by judicial review or that any other decision applying the same rationale could be successfully challenged.

Employers wanting to defeat statutory recognition have other tactics available to them. However, whereas the sweetheart deal offered apparent certainty and the ability to stop a request dead in its tracks at the initial stage, the remainder of the recognition process offers little in the way of “quick-win” outcomes.

As this process is largely a numbers game, unions will choose their bargaining units carefully to ensure these thresholds can be met. Employers will either have to argue for a wider bargaining unit – with diluted union membership – or produce their own evidence in the form of surveys or statements from employees to show that a majority of workers are unlikely to favour recognition. That requires good intelligence from the workforce and sufficient numbers of employees prepared to make these statements, although they can do so anonymously.

This part of the process often sees a blizzard of competing statistics from employer and union, but as the CAC takes a strict, evidence-based approach, the employer needs strong and credible material to build its case. Failing that, the employer has to successfully argue for a secret ballot and convince its employees that there is a better alternative to recognition of the union.

Of the 203 cases that went to a secret ballot, the outcome was recognition in 126 or 62% of cases. Only 25% of applications from 2000 to 2012 failed, either on the grounds of invalidity or because the union lost the eventual recognition ballot.

It is easy to see how this decision could have profound implications for UK industrial relations. Since the statutory recognition rules were introduced, there have typically been between 40 and 45 applications per year, but the volume of applications is on the rise, with 54 requests made in the past 12 months. The PDAU decision is likely to accelerate that trend. Most obviously, it means that employers with sweetheart deals are vulnerable to statutory recognition requests, unless those arrangements are fully consummated by extending them to cover bargaining on pay, hours of work and holidays.

Until now, voluntary recognition for bargaining over terms and conditions has often been the culmination of a lengthy process of engagement between employer and union, where trust is built up over a period of time. That “long-game” approach is now undermined. Any agreement falling short of negotiating rights over pay, hours of work and holidays is vulnerable to being usurped by a rival union’s statutory request.

While we may see a greater number of joint applications for recognition where two unions each have significant membership within the proposed bargaining unit, it is more likely that established unions will pursue statutory recognition to head off rival applications from other unions. The CAC may have fired a starting gun for turf wars between unions and if the sweetheart deal is replaced with a shotgun marriage, the often delicate balance of UK industrial relations will be significantly undermined.