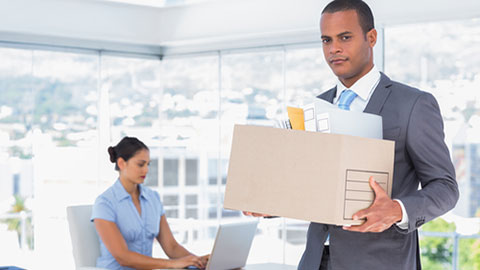 In DLA Piper’s case of the week, the Employment Appeal Tribunal (EAT) highlighted that, even when the employers believes there to be gross misconduct, such a dismissal may not always be within the range of reasonable responses, as mitigating factors may mean that dismissal was not, in fact, reasonable.

Ms Brito-Babapulle was a consultant haematologist employed by the NHS at Ealing Hospital, although her employment contract permitted her to have private patients. The claimant suffered intermittent health problems that prevented her from being at work from 13 March 2009 until 8 June 2009. While she was on sick leave and in receipt of full contractual pay, the hospital suspected that she was still working for her private patients. The claimant had been warned by the hospital on two previous occasions that, if she was certified as sick, she should not work in private practice.

The disciplinary panel concluded that such action amounted to gross misconduct. The claimant was summarily dismissed, and her employer’s decision upheld on appeal. The claimant brought a claim for unfair dismissal.

At first instance the employment tribunal dismissed her claim on the basis that the hospital “was entitled to find that the claimant’s actions amounted to gross misconduct”. The tribunal went on to say: “Once gross misconduct is found, dismissal must always fall within the range of reasonable responses and it is not for this tribunal to substitute any sanctions we might have imposed or whether we would have dismissed the claimant in these circumstances. We cannot say that the dismissal was outside the range of reasonable responses.”

The claimant appealed on the basis that in jumping straight from the question of gross misconduct to the conclusion that the dismissal was within the range of reasonable responses, the tribunal had failed to consider mitigating factors – for example, the length of exemplary service and the consequences of dismissal from the NHS.

The EAT highlighted that jumping straight from gross misconduct to the proposition that dismissal must then inevitably fall within the range of reasonable responses leaves no room for considering whether or not mitigating factors may be such that the dismissal is not reasonable. In finding that the tribunal had erred, the EAT stated that “in assessing the employer’s conduct and the question of fairness the tribunal would want to have regard to whether, taking into account not just the nature of the misconduct but, insofar as it is separate from it, the question of long service, the consequences of dismissal and having a previously unblemished record may play any part”. As the tribunal had failed to do this, the EAT reluctantly allowed the appeal and remitted the case for consideration of this point.

Adam Hartley is a partner at DLA Piper