Office of Fair Trading pensions probe could have gone further

By Jo Faragher on 31 Oct 2013 in Auto-enrolment, Pensions 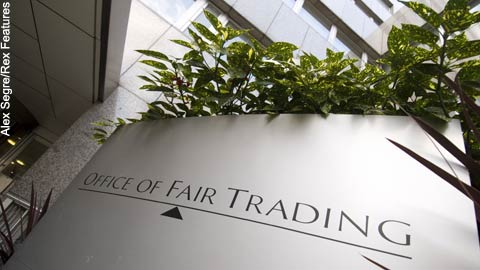 The National Association of Pension Funds (NAPF) has criticised the recent market study by the Office of Fair Trading (OFT) into workplace pensions, claiming its recommendations could have gone further.

The OFT’s study, launched earlier this year, warned that up to £40 billion of pension savings could already be sitting in schemes that were delivering poor value or were at risk of doing so. Earlier this week, pensions minister Steve Webb proposed a cap of between 0.75% and 1% on pension scheme charges in a bid to deliver greater value to savers.

Which employees qualify for automatic enrolment into a pension scheme?

What is a “qualifying scheme” under the pensions auto-enrolment provisions?

How much must employers and employees contribute into their pension scheme under the pensions auto-enrolment provisions?

Do the auto-enrolment provisions affect employers that already provide their employees with access to a pension scheme?

Responding to the OFT’s consultation, the NAPF says it agrees broadly with the long-term intentions of the study, particularly around the need for flexibility, the ability to switch schemes, transparency on charges and the lack of resource available for smaller-scale schemes.

However, the NAPF believes the OFT could have gone further in its short- and medium-term recommendations on governance and charges if they are to deliver the right outcomes for savers. One example it raises is that placing governance committees at provider level could lead to conflicts of interest. It also points out that placing a ban on discounts for active members could end up penalising staff where employers have chosen to pay charges on behalf of employees.

The NAPF recommends that employers, rather than providers, are given the obligation to put in place governance arrangements to protect savers. According to the modelling it has conducted into pension schemes, members whose schemes suffer from poor governance and high charges could end up losing up to a quarter of their savings.

Joanne Segars, NAPF chief executive, said: “We are pleased that the OFT study reflects some of our major long-standing concerns. But the success of its short- and medium-term recommendations will depend on how they are implemented by the Government and the industry. There are several barriers that need to be overcome before we can achieve the right outcomes – especially around governance.

“Acting quickly will ensure that pension savers, especially those who will be saving into a pension for the first time through automatic enrolment, benefit from these improvements from the outset.”

NAPF’s full response to the OFT consultation can be found here.