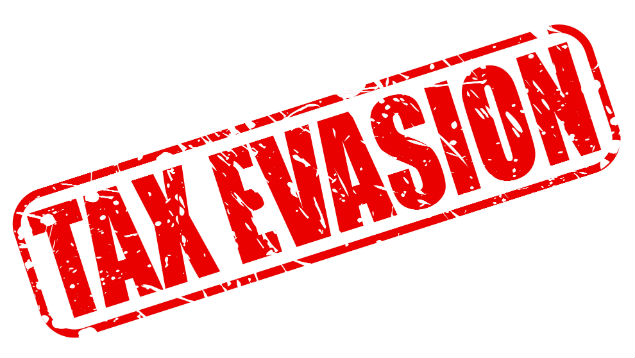 The Government plans to get tough on contractors who fail to pay their taxes under IR35 disguised employment rules. Employment lawyer Darren Hayward warns that this could make HR responsible for determining employment status.

Determining whether someone is self-employed or an employee has been an eternal headache for HR departments. Employment status has ramifications for how hirers treat each person for tax, national insurance, employment law, and pensions, so getting it wrong can be costly.

Following years of trying and largely failing to apply existing rules, the Government will put HR on the frontline of the new war on disguised employment. The changes are designed to tackle the avoidance of employment taxes by individuals who work through intermediaries, primarily their own company.

Podcast on public sector law developments (including proposals relating to IR35 and consultants in the public sector).

A new consultation on reforming the disguised employment rules (IR35) was published in May 2016, proposing to give engagers “more of a role” in ensuring compliance. HR will be responsible for ensuring that contractors are genuinely in business of their own account and engagers could face penalties if contractors subsequently turn out to be disguised employees.

The new regime will apply to end users in the public sector from April 2017, and is likely to be extended to private-sector hirers in due course.

Why is the Government changing  the rules on IR35?

Several years ago, HM Revenue and Customs (HMRC) was tasked with opening at least 230 tax evasion enquiries per year into freelancers and contractors. It took only two years for HMRC to miss this target and put the future of current employment status tests in doubt. HMRC opened 192 IR35 enquiries into contractors in 2013/14, 25% fewer than in 2012/13 and 81% fewer than in 2003/04, when HMRC opened over 1,000 investigations.

HMRC has refused to disclose the numbers for 2014/15 and 2015/16 on the grounds that: “we believe disclosure would be likely to prejudice the assessment or collection of tax”. What this means is that the number of enquiries, and the tax collected, has fallen to such a low level that to disclose this would create a perception among taxpayers that non-compliance won’t be challenged.

In 2011/12, HMRC netted £20,339 per IR35 enquiry, but that fell to £2,240 per enquiry in 2013/14. According to information disclosed by HMRC under the Freedom of Information Act, the average time to close an IR35 case is 385 days, so it is highly likely that the cost of running some of these enquiries exceeds any eventual tax gain.

The problem for HMRC is that IR35 enquiries involve the accumulation of evidence, such as contracts, both from personal service companies and the organisations they work for.

HMRC also has to look at whether or not the day-to-day working reality reflects the contract. Employment status enquiries are complex and often hinge on eyewitness testimony, making it very difficult to decisively prove whether or not someone is an employee. HMRC has known this for some time, and the Government has finally come round to the view that the current system is not fit for purpose.

With the IR35 regime clearly foundering, a range of solutions have been put forward. One of these would be to make HMRC’s online Employment Status Indicator tool a mandatory requirement for organisations using freelancers or contractors. If the tool said a worker was an employee, that would be the end of it. The simplicity of such a solution is appealing, but critics argue that it is too broad-brush, and does not accommodate the complexity of many work relationships.

A statutory employment test is another possible solution. The concern here is that the rules set out in statute could deem a significant proportion of existing contractors and freelancers as employees, meaning higher costs for hirers. The so-called 80% test could be one such rule. It says that if a contractor or freelancer derives 80% or more of his/her income from a single source they should be deemed an employee of that organisation.

Another suggested rule is that an engagement lasting more than, for example, six months would automatically be deemed an employment relationship. Considering how many contractors and freelancers derive all of their income from a single source and are engaged for years by the same end user, a statutory test could have a profound impact on the UK’s flexible workforce and how HR departments engage flexible skills.

What will be the impact of the new rules on employers and HR?

The new rules, which come into force from April next year, will effectively shift the burden of compliance away from contractors and onto engagers. It will be the responsibility of HR managers in the public sector, with the aid of a digital tool, to ensure that contractors are genuinely self-employed. There are far fewer engagers than contractors, so tax collection should be simpler.

Depending on how successful the new regime is, we may see more draconian mechanisms, such as the 80 per cent test, brought to bear. While this may bring greater certainty, HR managers will need to get used to doing a job that was previously the responsibility of contractors, and paying a potentially hefty price if HMRC successfully challenges those decisions. As ever, it will be the smaller, less well-resourced teams that will struggle the most.

Darren Hayward is a partner in the employment law team at Nockolds Solicitors.
View all posts by Darren Hayward →
Previous Article
Next Article