By Jo Faragher on 27 May 2020 in Latest News, Bullying and harassment, Disability, Unfair dismissal 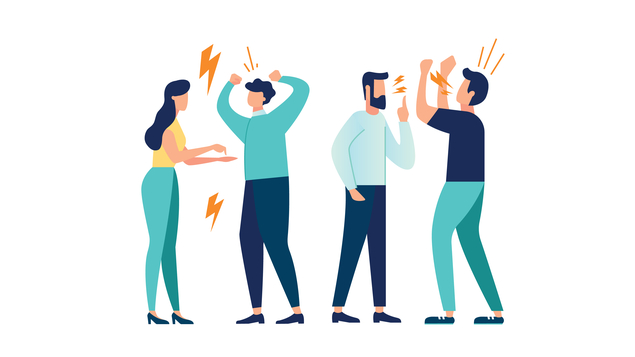 A charity worker who blew the whistle on colleagues for using foul language and mocking someone with a physical disability was unfairly dismissed and victimised, a tribunal has ruled.

Catriona Robinson worked for the Monmouthshire branch of mental health charity Mind, and told the tribunal how she heard co-workers insulting mental health sufferers and accusing them of lying about their illnesses.

Is it time for specific anti-bullying legislation?

She said she “witnessed foul language daily” and her colleagues had branded users of the service as “wastes of space”.

Robinson told the tribunal that she heard staff comment on how they thought it was unfair that clients who were awarded welfare benefits got more money than they received in wages.

After witnessing a colleague at an office in Abergavenny doing an impression of a severely disabled person, she reported the matter but was subsequently “ostracised and ignored”.

Robinson told how she was so upset by her colleague’s actions that she broke down in tears, but other workers laughed.

She told the tribunal: “The lady was not present and not one person involved gave a thought to her whilst they enjoyed themselves.

“I sat shocked at what I could see and hear, I was very distressed. I got up and walked out of the office, went to the staff kitchen where I cried.”

In a follow-up meeting, the impression was dismissed as “banter” and a “bit of fun”. After reporting the incident, Robinson said she was subjected to “blatant bullying”, she was frequently ignored or on the receiving end of rude comments.

She took time off as sick leave and an occupational health report suggested she moved to a new role away from other staff members. During her time off, Robinson raised a grievance but her concerns were dismissed after an internal investigation.

Employment Judge Alison Frazer said the incident was admitted by the management but not escalated.

“She was suffering from some health and personal difficulties at the time and so did not push the matter but was of the view that management ought to have done something about the situation.

“The management swept the matter under the carpet to save their own involvement in it. In so doing they failed to consider their duty of care to her. The lack of management or escalation led to a situation where the claimant was ostracised and the behaviour within the office was not kept in check.”

The judge added that the frequent bad language and banter “overstepped the boundaries of acceptability in terms of equality and diversity”.

Robinson’s compensation will be decided at a hearing later this year.