By Stephen Simpson on 6 Dec 2012 in Employment law, Dismissal 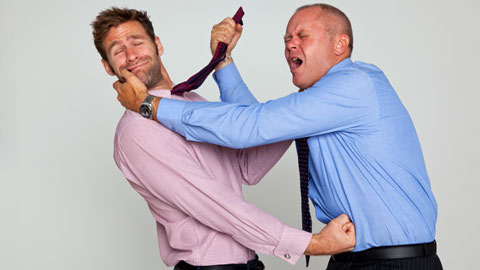 How would you deal with an employee who gets into a brawl with a colleague at the Christmas party, when both employees play down the incident afterwards?

Should the employer be concerned if an employee misbehaves not at the Christmas party, but on the way home after the party has ended? These issues have been considered in two employment tribunal cases.

Mr Gimson was employed as an operative. He was walking home with a group of colleagues after their work Christmas party when he had a disagreement with one of his colleagues and then punched another colleague in the face. The employer subsequently instigated its disciplinary procedure and summarily dismissed Mr Gimson for gross misconduct, finding from its investigation that there was no provocation. Mr Gimson’s appeal was rejected.

Find out whether or not the claim for unfair dismissal over Christmas party behaviour was upheld by the employment tribunal.

Mr Bhara was a “well-regarded” employee who was involved in organising the company’s Christmas party. At the party, he did not start drinking until 10pm, when he had finished his hosting duties. At 11.30pm, Mr Bhara was outside smoking when he warned a colleague, Mr Sutton, who was supposed to go to work the next day, not to drink too much. Mr Sutton reacted angrily and a “tussle” ensued. During the employer’s investigation, both men played down the “wrestling match”. Mr Bhara described the incident as a “play fight”. Mr Sutton said that it was just “mates having a laugh”. The employer decided to dismiss Mr Bhara. His appeal was unsuccessful.

Find out whether or not the claim for unfair dismissal over Christmas party behaviour was upheld by the employment tribunal.