By Rob Moss on 2 Feb 2012 in Alcohol and drug misuse, Latest News 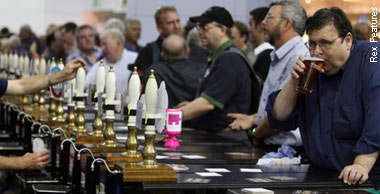 Public listed companies should have to outline their policy on their staff’s alcohol use as an explicit requirement, according to Alcohol Concern.

The charity has today written to business secretary Vince Cable to call for greater focus on alcohol issues in the workplace, which, it says, have a major negative impact on productivity.

Alcohol Concern chief executive Eric Appleby said: “Companies simply have to address attitudes to alcohol and drinking behaviours. It is costing the economy billions every year. The evidence is that boards are not taking the issue seriously and that’s why we are calling on the Government to include alcohol policy as a specific requirement under the corporate governance code.”

The code is overseen by the Financial Reporting Council and is a set of principles of good corporate governance aimed at companies listed on the London Stock Exchange. Public listed companies are required to comply with the code or explain elements where they have not complied.

Around 10 million men and women in England drink above the recommended guidelines, according to a 2005 YouGov survey, and around 200,000 people in the UK go to work with a hangover every day, according to a Government report last year.

Research carried out by BreathScan, an alcohol-screening supplier, showed that only 22% of FTSE 250 companies have clear alcohol awareness policies. BreathScan looked at published materials such as annual reports and websites for each company, as well as contacting their HR departments to ask whether or not they had an alcohol policy.

Kevin Wright, chief executive of BreathScan, added: “Just 20% of them have alcohol policies and these tend to be the obvious restrictions on being drunk at work. They need to be putting in place proper awareness and behaviour programmes to tackle the issues. This is vital if British companies are to survive and thrive during difficult economic times.”