Could teacher suspensions open schools up to legal claims? 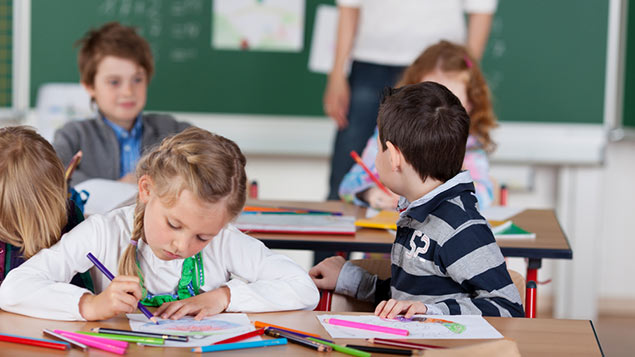 The decision by schools to take action against staff amid confusion over child protection rules could potentially expose them to legal claims, according to experts.

The BBC has reported that around 300 school staff who live with someone that has a conviction for a violent or sexual crime have been suspended.

This is following guidelines issued last year by the Department for Education on rules that bar not just those who have been cautioned for certain offences from working with children, but those who share a house with them.

This is known as “disqualification by association” and – although the legislation itself has been in place since 2009 – the launch of the new guidelines alerted many schools to the fact the regulations covered schools as well as childminders and nurseries.

Historical cases have highlighted the difficulty in dismissing school employees based on their association with those with criminal convictions.

For instance, the case of H v X Primary School in 2012 found that a teaching assistant had been unfairly dismissed following her son’s arrest in relation to a sexual relationship with an underage girl.

XpertHR employment law editor Stephen Simpson said: “These cases can be very difficult for HR professionals. On the one hand, teachers who are subject to action will insist that they should not be punished if they themselves have done nothing wrong. On the other hand, schools will argue that they must err on the side of caution when it comes to children’s welfare.

“Schools that are considering action against an employee on the basis that a relative or associate has been convicted of a serious offence need to look at all the surrounding circumstances. For example, is there is a risk that the school’s reputation could suffer? What are the potential safety risks to the children? Does the teacher have a good previous record? Has the teacher followed the school’s disclosure protocols?”

The Government’s advice suggests that the rules cover anyone providing education or childcare for under-fives, or care for under-eights, which would also cover after-school clubs.

It urges schools to “use their own judgement” in how they interpret the rules, but because the guidance is so unclear, a number of schools have erred on the side of caution and suspended staff, including teaching assistants and lunchtime supervisors.

Surinder Dhillon, head of school legal services at law firm Irwin Mitchell said: “The provisions allow schools to make further enquires and consider whether the information disclosed about a person who lives or works in the same household is of such a nature that it could affect the appointment of an individual ‘by association’.

“It is a complex assessment to make and needs careful consideration and advice as the overriding objective has to be child protection and safeguarding.”

Many of the staff who have been suspended have applied for waivers from school inspectorate Ofsted, but may not be able to return to work for a number of weeks or months until the applications have been processed.

Russell Hobby, general secretary of trade union NAHT, claimed the regulations were “not yet in a workable state” and urged the Government to make the guidance more effective.

He added: “They will prevent good and trustworthy staff from doing their jobs and wrap schools up in unnecessary red tape, distracting them from real safeguarding issues and the hard work of raising standards.”

10 Responses to Could teacher suspensions open schools up to legal claims?