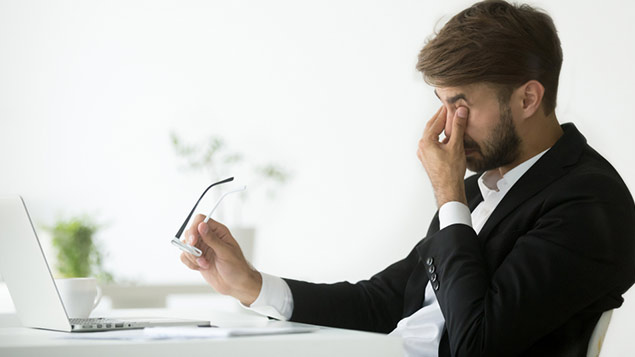 Demoting employees as part of a restructuring programme may offer a more favourable alternative to redundancies, but employers need to beware of the ramifications of making such contractual changes and to ensure the process followed is lawful. Paida Dube explains

For many employers, the current market challenges are necessitating restructuring programmes, involving a review of existing roles. Restructuring can open up opportunities for employers to meet commercial objectives, such as creating improved and more relevant ways of working or to reduce wage costs, while retaining valued personnel, but it is also a hugely emotive process, fraught with legal risk.

Where the decision is taken to make changes to roles, this is likely to require either a variation of the employee’s contract terms, or contract termination and re-engagement typically on less favourable terms. Most employees – especially where the proposed new role is of reduced seniority, pay or a significantly reduced job description – will view this change as a demotion.

Simply changing a job title does not in itself create a new role. It can become problematic where the job title is changed but the job description remains very similar but for a lesser remuneration”

Demotion can act as an alternative to terminating employment as part of a redundancy or restructuring programme, but employers have to ensure they follow a fair process if making changes that will affect contract terms.

When reviewing and redefining roles, employers should fully consider the impact of the proposed changes and the extent to which they purport to fundamentally alter, or would be detrimental to, the employee’s existing contractual terms.

For example, it is likely to be unlawful where an employer seeks to gain an employee’s consent to make changes to their role and contract that result in a major detriment, potentially resulting in their job being made redundant or in a breach of contract so serious it entitles the employee to bring the contract to an end.

Newly created roles should be checked to ensure that, where proposed, they are comparable and reasonable. An employee will have grounds to argue the alternative role is not comparable where there is a clear distinction between duties, salary and benefits, such as offering a senior sales director a telephone sales consultant role.

Also, simply changing a job title does not in itself create a new role. It can become problematic where the job title is changed but the job description remains very similar but for a lesser remuneration.

Remember also that the decision to make contractual changes must be lawful and cannot be for any discriminatory reason.

Before taking action to change roles or contract terms, employers should ascertain the contractual position of affected employees.

Where there is contractual provision allowing such terms to be changed, it should specifically set out the circumstances when it can be used, for example, as an alternative to dismissal resulting from restructuring. On this basis, demotion should take effect in line with the circumstances provided.

Even with express provision, employers are advised to consult with the employee to secure their agreement and avoid future complaints.

If there is no such provision in the employment contract or other contractually binding policy, you should consult with affected employees, and where relevant their representatives, in order to gain their agreement to such a change.

Any consultation process should be carried out fairly and in line with Acas guidelines. This will require open and transparent discussion as to the necessity of the proposed restructuring programme, and giving serious consideration to any suggested alternative solutions.

Employers should also be mindful that demotion may, at least initially, be seen as a punitive measure by the employee. Take time to explain that they remain valued by the organisation and how the changes are in response to economic conditions.

An employee faced with the prospect of being demoted or possibly dismissed may, given the current economic climate, be more willing to consent to demotion rather than losing their job. Others may not want, or be able to, return to work or continue with the same level of responsibility, and as such may be open to reconsidering their role and position without losing their job altogether.

Whatever the circumstances, employers will want to avoid a scenario where an employee feels they are working under duress or protest, and where the employee has highlighted their unhappiness in doing so. In these circumstances, the employer risks the prospect of defending proceedings commenced by the employee while they are still in the workplace.

Where the employee agrees to the changes

If the employee consents to the changes, a new contract of employment should be drafted and signed detailing the employee’s new terms, job description and reporting line to avoid future dispute as to the extent of the demotion.

You should also check if those employees re-engaged as part of a restructuring programme are entitled to redundancy pay following the termination of their previous employment contract.

What if an employee does not consent?

If, after a fair process of consultation, an employee does not consent to the changes, you will need to decide whether to impose the change by dismissal and re-engagement on the new terms, or by adopting different measures. Resulting dismissals in these circumstances can be fair, provided there is a clear business need for the change and the employer has followed a fair process.

Where an employee can show their role is effectively being made redundant, this may result in a constructive dismissal claim or a breach of contract claim. Depending on the facts, there may also be a risk of discrimination.

Reinstatement or redeployment orders are unlikely where a situation has escalated to tribunal and where employment trust and confidence may be a cause of concern.

Where there is a risk of a claim, a settlement agreement may be required to bring the employment relationship to an end protecting the organisation from future claims.

One Response to Demotion during post-pandemic restructuring