Disability and ethnicity pay gap reporting should be made mandatory 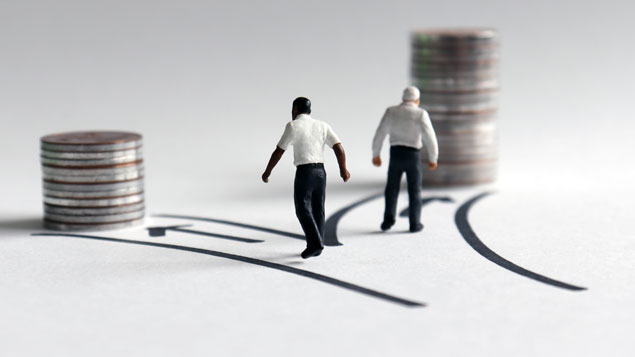 Employers should be required to produce a “fair pay report” that considers pay differences based on disability, ethnicity and gender, to build upon the success pay reporting has had on reducing the gender pay gap, according to a think tank.

The Institute for Public Policy Research (IPPR) suggests that the mandatory gender pay gap reporting exercise is widened to include other areas of pay inequality for all organisations with 250 staff or more.

As well as the difference in average pay, a “fair pay report” would also include what proportion of an organisation’s workforce is from a BAME background or has a disability; bonus pay gaps; distribution by quartile; and a narrative detailing what employers are doing to improve pay parity.

The government is currently consulting on plans to introduce ethnicity pay gap reporting. Some organisations have already done so voluntarily, but this is not collected centrally.

IPPR’s The Fair Pay Report also recommends that all employers with 50 or more staff report annually on the proportion of their workforce who are paid below the Living Wage.

Should the government increase the national living wage to match the Living Wage suggested by the Living Wage Foundation (currently £10.55 in London and £9 across the rest of the UK), employers should be required to disclose the percentage of their workforce in low-paid positions, which the IPPR defines as earning below two-thirds of median hourly pay.

Finally, it suggests a fair pay report would include the internal pay ratio between the chief executive (or whoever earns the most at the organisation) and the average employee.

It also floats the idea of bringing medium-sized firms with 50 or more employees into the scope of reporting requirements, but they would be required to publish their data every two years instead of annually.

Joe Dromey, IPPR senior research fellow, said: “Gender pay reporting has been a big success. Transparency has driven the gender pay gap up the agenda, and it is spurring employers to act.

“We should build on this success with a radical extension of pay transparency. Broader transparency on gender, ethnicity and disability would help drive employer action to tackle these burning injustices. Requiring employers to publish the number of low paid staff would increase pressure for a fairer distribution of the wealth we all help generate.

“While transparency will help, it alone will not tackle pay inequality. So we also need to see action from employers and from government to address the structural drivers of inequality.”

Of the 60 organisations the IPPR questioned about the effect gender pay gap reporting has had, four in five said the regulations should remain in place.

Eighty-one per cent of large employers said they had considered or taken further action to narrow gender pay inequalities as a result of the regulations.

While transparency will help, it alone will not tackle pay inequality. So we also need to see action from employers and from government to address the structural drivers of inequality.” – Joe Dromey, IPPR

Four in five expected the reporting requirement to incentivise more employers to reduce pay inequality in their organisation.

However, the report points out that the gender pay gap will not be closed until 2072 if it continues to reduce at the rate it had over the past seven years. Since 2011, the pay gap has closed by just 2.3 percentage points.

“Generations of women have been hit in the pocket by the gender pay gap, and we’re still more than half a century away from pay parity,” said TUC general secretary Frances O’Grady.

“New rules to make bosses reveal gender pay gaps have shone a light on the scale of the problem. However, to actually make progress we need to see tougher regulations which extend to smaller employers and include part time, disability and race pay gaps as the IPPR report suggests.”