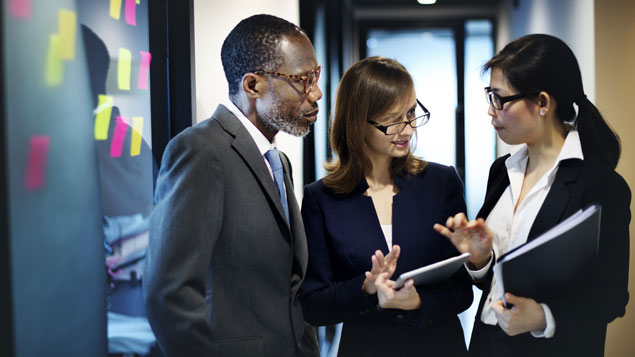 Employers may be required to publish their ethnicity pay gap under plans to improve career progression for ethnic minority groups.

Today, Theresa May will announce a series of measures to tackle the barriers that BAME people face in their careers – specifically, the disparities in pay and progression compared with their white colleagues.

She will also launch a new Race at Work Charter, which will commit employers to a set of principles that will help improve recruitment and progression for those from ethnic minority backgrounds.

The Race at Work Charter – which has yet to be revealed in detail – has been signed by major employers including NHS England, Standard Life Aberdeen, Norton Rose Fulbright, Lloyds Banking Group, Saatchi & Saatchi, KPMG, RBS, the Civil Service and WPP.

The government has published a consultation looking at whether organisations should be required to disclose how people from different ethnic backgrounds are paid. Some organisations have done so voluntarily, but this information has not been collected centrally by the government and participation has been low.

The consultation, which is open until January 2019, asks employers what type of ethnicity pay information employers should report to allow meaningful action to be taken. Its suggestions include:

It also asks whether employers that identify disparities in how white and BAME people are paid should be required to publish an action plan, setting out the measures they will take to tackle this.

“Every employee deserves the opportunity to progress and fulfil their potential in their chosen field, regardless of which background they are from, but too often ethnic minority employees feel they’re hitting a brick wall when it comes to career progression,” May said.

“That’s why I’m delighted to launch the Race at Work Charter, which gives businesses a clear set of actions to work towards in helping to create greater opportunities for ethnic minority employees at work.

“Our focus is now on making sure the UK’s organisations, boardrooms and senior management teams are truly reflective of the workplaces they manage, and the measures we are taking today will help employers identify the actions needed to create a fairer and more diverse workforce.”

McGregor-Smith Review one year on

According to Business in the Community’s Race at Work 2018: The McGregor-Smith Review one year on report, 52% of BAME employees think they will have to leave their current organisation to progress in their careers, compared with 38% of White British staff.

A quarter of BAME employees have witnessed or experienced racist harassment or bullying from managers in the last two years. A further 19% have seen or experienced such behaviour from customers or service users, up from the 16% in 2015 – the last time the survey was conducted.

The proportion of managers who say they have a performance objective to promote equality at work fell from 41% in 2015 to 32% in 2018. Of those from a BAME background, 38% have been set the task of improving equality, compared with 26% of White British managers.

Peter Cheese, CEO at the CIPD, said the government will need to provide detailed guidance on what employers will need to report on to avoid complications.

He said: “It is also important to remember that ethnicity pay gap reporting will only have a positive effect if it leads to changes in how employees from a minority ethnic background are recruited, managed, developed and promoted.

“This is why there is a need for employers to report on their action plan in response to their ethnicity pay gap data if the proposed new legislation is to act as a game changer.”

Mary Walker, an employment lawyer at Gordons, said it would be unrealistic to expect changes to be made overnight – much like the progression following the gender pay gap reporting earlier this year.

“The introduction of gender pay reporting for businesses with over 250 employees has, in reality, made little difference in real terms during the short time it has been in place,” she said.

“However, it has been successful in raising the topic and highlighting the differences in pay between men and women, as we have seen in high-profile cases like the BBC.

“We can expect any requirement for ethnicity pay reporting to do a similar thing. This won’t be a short-term fix, but it will provide the information needed to highlight the issue as we strive to achieve a fairer workplace.”

“The younger generation coming into business are very concerned about the diversity of an organisation they are joining and this will allow those businesses with a diverse and inclusive workforce to make this very clear in the figures they are reporting,” she said.

“This in turn will attract top talent to their organisations, who know they can progress irrespective of their sex or ethnic background.”