Do employees really want to be employee-owners?

By Personnel Today on 5 Nov 2012 in Employment law, Employment contracts 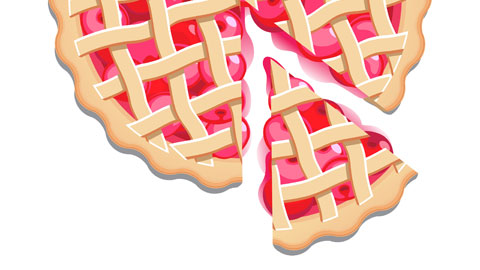 The Chancellor of the Exchequer’s proposals to pass legislation that allows employees to give up some of their employment rights in return for shares is intended to boost worker involvement, commitment and productivity. But it also raises employment and tax law questions, explains John Charlton.

Chancellor George Osborne’s proposal to allow employees to swap some of their employment rights in return for shares in their employers’ companies has not been met with joy unbounded – hardly surprising given the stumbling blocks that stand in its way. The Government’s legal draftsmen face major challenges in turning the proposals into workable law that will not make the red tape burden heavier.

But before employers judge the scheme, they have to await the details. So far only the bare bones of the proposal are known. A consultation period was announced in October 2012 and will end on 8 November.

What is known is this: basically, employees will be able to take stakes worth between £2,000 and £50,000 in their respective employers’ companies in return for giving up some of their rights relating to unfair dismissal, statutory redundancy pay and flexible working. New mothers who take part in the scheme will be required to give 16 weeks’ notice of a firm date of return from maternity leave instead of the usual eight weeks.

Staff who take up the shares-for-rights swap will become employee-owners. According to the Department for Business, Innovation and Skills (BIS) – which is responsible for the Chancellor’s initiative – taking up employee-owner status will be optional for existing employees of the companies that offer it.

New hires, however, may have no option but to join the employee-owner ranks. BIS says that employers participating in the scheme will have the option to offer “more generous employment conditions into the employment contract if they want to”.

Employee-owners’ shares would be free from capital gains tax and they may be able to join other share-owning schemes that employers offer, such as the enterprise management incentive.

A consultation is currently under way and details are few, but the Government says the proposals will be law from April next year. This may mean that the initiative is included in the Enterprise and Regulatory Reform Bill now winding its way through Parliament.

Details of the proposals

Even though details are sketchy, public opinion, according to research agency YouGov, is anti rather than pro the employee-owner initiative. It says 46% of Tory supporters polled shortly after Osborne’s announcement think employee-owner schemes are “a bad idea”, while 37% think they are “a good idea”.

For Labour and Liberal Democrat supporters polled, the equivalent scores were 79% and 64% respectively against the plans, with 9% and 25% respectively being for them. Overall, YouGov polled 1,899 adults in the UK.

As for business, it seems likely the proposals will find favour at small to medium-sized enterprises (SMEs), especially start-ups, which have good growth prospects.

The Federation of Small Businesses says it “welcomes this innovative policy. We believe it will promote share ownership and loyalty to companies which offer this initiative”. It adds that “the number of businesses who adopt the scheme may be small”.

CBI director general John Cridland says the scheme “is a niche idea and not relevant to all businesses”. Putting the proposals into practice will create some interesting challenges. Those businesses considering the scheme will want the legislation to address certain issues and stumbling blocks.

Employers may well need costly legal advice on how to set up a programme and will want accountancy expertise on how to value the shares and deal with related tax issues.

“This is likely to be a major deterrent to small businesses, as the red tape could be significant,” says DLA Piper partner Jonathan Exten-Wright. “If disputes arise over the valuation of shares, they will be litigated in the High Court or county court rather than relatively low-cost employment tribunals.”

One type will not suit all

Osborne did not make any distinction between privately held companies and a plc – he referred to SMEs as “suitable”. Any legislation must address this issue, as it could be a minefield. For example, an employee-owner leaving a privately held company would have to sell the shares to the employer at an agreed rate. Who would make that valuation?

“Depending on the circumstances, when the valuation is made it could potentially be less than the value of the shares at the time the contract was made,” Exten-Wright says. “Were the business to go into insolvency, the shares will be worthless.”

If employers base the share options on length of service, there is a risk that this may be seen as discriminating against female employees – who tend to have shorter lengths of service than men.

Nikki Duncan, a partner at Michelmores, says: “One can see the potential of indirect sex discrimination claims if a company makes the share option conditional on qualifying conditions, such as length of service, which might indirectly restrict female applicants.”

Older job applicants will have less time to enjoy any growth in the value of their shares. According to Duncan, this may give rise to age discrimination claims as older applicants – depending on the business – “may have less scope to reap the potential benefits from their holding vis-à-vis younger applicants”.

Assessing the value of shares on forced exits

The world of work is far from perfect, and it is certain that some employee-owners will exit through redundancy or other justifiable reasons. Should the value of their shares be assessed differently? If so, on what grounds can employers safely make that call? Legislation must address this issue.

No doubt HM Revenue and Customs will have its dabs all over the shares for an employment rights scheme once it is finalised, as tax issues must be addressed. That will mean more complications for payroll systems and doubts over how tax free the scheme will be in practice.

As the law stands, if an employee receives shares from an employer at no cost they will, according to Lorna McCaa, director for tax at MacLay, Murray & Spens (MM&S), be “broadly liable to an income tax charge in respect of the acquisition on the market value of the shares acquired. This is… the main barrier to the outright transfer of shares to employees”. She adds that there could also be national insurance (NI) contribution liabilities for employers and employees in these cases.

Jo Broadbent, employment counsel at Hogan Lovells, adds that it appears “that tax and NI contributions could be payable up front when the shares are granted. This is likely to be unattractive from an ’employee-owner’s’ point of view, given that there will be no guarantee of any gain in the value of the shares”.

Employers will probably have to provide distinct contracts for employees and employee-owners. However, “the additional administrative burden should be minimal and drafting the new contract reasonably straightforward if… the shares are governed by a set of share-scheme rules”, says Roger Tynan, a partner in employment at MM&S.

It is a racing certainty that some existing employees will not join rights-for-shares schemes. This could create a two-tier workforce with the potential for division and conflict in the workplace.

Although employers may think that employee-owners will not be able to make flexible working requests after giving up some of their rights, this may not prove to be the case.

Broadbent says: “Under the ‘right to request’ procedure, there would presumably be nothing to stop a member of staff asking for flexible working informally – on return from maternity leave, for example. If the employer refuses the request, it could still face an indirect discrimination claim, given that an employee-owner will have rights under the Equality Act.”

Before signing up, existing employees would be wise to take legal advice, although the cost of this may be picked up by the employer or may be shared by a group of would-be employee-owners. Also, although they would be exempt from capital gains tax on selling their shares, they already have an annual capital gains tax exemption of £10,600. Employees may also have to pay income tax and NI contributions on the market value of the shares they acquire – another cost to them.

“Under this proposal,” says McCaa, “it will be almost impossible for an employee to critically assess the potential value of the capital gains exemption against the employee rights they would be sacrificing. The value of the capital gains exemption depends on how well the company performs over time and when the employee is able to realise the value of their shares. The latter is a particular issue in a private company, where there may be no market for the shares.”