Don’t be a victim of victimisation

By Personnel Today on 10 Dec 2012 in Employee relations, Employment law 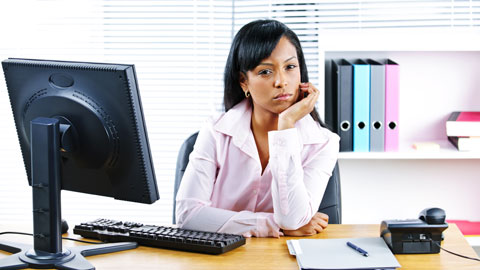 So, how can an employer protect themselves against this type of claim? Here, we look at hot spots where victimisation claims are prone to arise and how employers can minimise the risks.

It may come as a surprise, but the risk of a victimisation claim can arise even before someone starts working for you as a result of their reference.

You make an offer of employment subject to references. The reference comes in and the former employer mentions that the job applicant has brought a discrimination claim against them.

If you withdraw the job offer because of this or offer the job but on detrimental terms – by having a longer than usual probationary period, for example – this could lead to a victimisation claim against both the ex-employer and you as the prospective employer.

Think carefully about how you deal with references, both when drafting them and in relying on them during the recruitment process. If you are rejecting a would-be employee for reasons unrelated to the “protected act” disclosed in the reference, document your reasons in your notes.

Grievances that involve allegations of discrimination pose a particularly high risk of follow-up victimisation claims. This is because employees who are subsequently treated in a way they do not like – for example, not being awarded a pay rise or receiving a bad appraisal – may try to link that treatment to their allegation of discrimination, giving rise to a victimisation claim.

Be scrupulous about handling grievances fairly and be sure not to treat the employee or those who were involved in the grievance any differently because of the grievance. Line managers should be mindful of past grievances when making decisions concerning such employees – such as when awarding bonuses, pay rises and promotions – and make sure they are meticulous about keeping records of the (non-discriminatory) reasons why employment decisions have been made, particularly if these are unwelcome decisions from the employee’s perspective.

Do not think that because someone has left your company, you will not hear from them again. There has, in recent times, been debate over whether or not claims could be brought for victimisation that occurs post-termination of employment. While this was well established under previous legislation, a drafting anomaly meant that it appeared to have been excluded from the Equality Act 2010.

To avoid this, consider offering standard factual references only for all employees. Also, where an agreed reference forms part of a settlement agreement with an employee, make sure all the relevant people in your organisation are aware that it needs to be used. Veering away from the agreed form could lead to a victimisation claim being brought.

There is also a risk of victimisation claims brought about because of things said during tribunal proceedings.

While a claimant cannot generally argue that anything said during judicial proceedings – where it is an honest and reasonable response to litigation – amounts to victimisation, there is an exception of which employers should be aware.

In the case of Vernon v London Borough of Hammersmith and Fulham, a claimant was successful in her victimisation claim based on comments made by the employer’s solicitor in an email to an Acas conciliation officer.

The claimant had unsuccessfully applied for promotion four times and argued that she had been racially discriminated against. The email said she would not have been capable of carrying out higher roles and pointed to various spelling mistakes in the claim form as evidence. The claimant said this was victimisation.

The tribunal decided that “without prejudice” protection should not apply, because the comments in the email did not amount to honest and reasonable conduct of the proceedings.

The comments were intended to deter her from continuing with her discrimination claim and were made because the claim had been brought. The comments were, therefore, capable of amounting to victimisation.

Communications with Acas are not admissible in evidence without the consent of the parties involved, and therefore employers should think carefully before allowing Acas officers to forward correspondence. If this email had not been forwarded, it would have remained privileged and the claim would not have happened.

In addition, employers should avoid doing anything to make claimants feel pressured into dropping their claim and should avoid behaviour that could be construed as threatening, dishonest or unreasonable.

It is worth reviewing your practices with victimisation rights in mind and making sure relevant line managers are aware of how these claims arise.

Victimisation claims are not uncommon, and it is often the case that an employee’s claim for victimisation is stronger than the original complaint of discrimination.

Sarah Embleton is a senior associate at Burges Salmon LLP