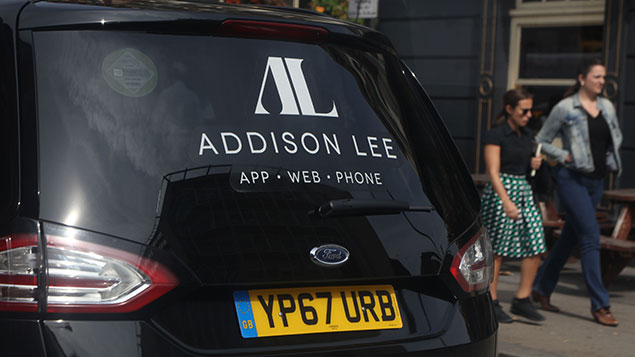 Addison Lee has lost its claim at the Employment Appeal Tribunal that its drivers were self-employed.

The EAT ruling today upheld a previous decision that the taxi and courier company’s drivers are workers and should therefore be paid the national minimum wage and holiday pay.

It follows a number of similar rulings against companies such as Uber and Hermes which held that drivers had employee status and therefore basic employment rights.

The judgment could impact thousands of other gig economy workers, according to the GMB union, which brought the case and called it a “huge win for workers’ rights”.

“Other employers should take note – GMB will not stop pursuing these exploitative companies on behalf of our members,” said Sue Harris, the union’s legal director.

In Addison Lee’s initial tribunal, the company claimed that, as self-employed contractors, its UK drivers chose their own hours so did not qualify for access to traditional employment benefits that those with “worker” or “employee” employment status would receive.

Liana Wood, an employment lawyer for Leigh Day, which acted for the drivers, said claims from around 40 other current and former Addison Lee workers would now proceed. Other claims could follow from those in similar circumstances and would have a good chance of success, she added.

She told the BBC: “What we would hope is that this ruling puts pressure on the firm to change its practices.”

In the judgment, the EAT rejected the company’s arguments that drivers were running their own businesses, pointing out their obligation to sign up to “unrealistic terms and conditions”.

The EAT judges also pointed out that Addison Lee provided induction, training and documentation (a Driver Operating Guide), while only one of their 4,000 workers was an owner driver – the rest “almost invariably hired a vehicle… in the Respondent’s livery”.

The level of control or how ‘on brand’ a worker needs to be (in terms of uniform or equipment, for example) has been a recurrent theme in worker status cases.

What we would hope is that this ruling puts pressure on the firm to change its practices.” – Liana Wood, Leigh Day

Furthermore, the EAT noted how drivers’ contracts required them to agree that they were “an independent contractor and that nothing in the agreement rendered them an employee, worker, agent or partner” – despite the day-to-day relationship being quite different.

Stefan Martin, employment partner at law firm Hogan Lovells, said the decision was “a reminder that, regardless of the legalese used in contractual documentation, the courts will look at the substance of a relationship to determine whether or not a person operating in the gig economy is entitled to workers’ rights”.

Addison Lee said in a statement: “We note the appeal verdict, which we will carefully review. Addison Lee is disappointed with the ruling as we enjoy a positive relationship with the vast majority of our 3,800 driver partners. “In common with most of the industry, the majority are self-employed, and with earnings at a record high.”

Earlier this week, it was revealed that a number of Addison Lee’s clients have put the company under pressure to reform its working practices in line with the United Nations Global Compact – a list of international standards on ethical supply chains.

The company can appeal the decision at the Court of Appeal.