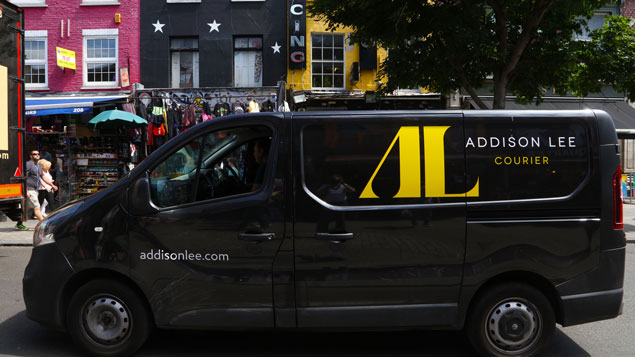 Taxi and delivery giant Addison Lee is coming under fresh pressure to increase workers’ pay and benefits as campaigners target its corporate clients to ensure UN accords are enforced.

Many of the company’s clients have signed up to international standards on ethical suppliers under the United Nations Global Compact, which supports companies to “do business responsibly by aligning their strategies and operations with ten principles on human rights, labour, environment and anti-corruption”.

Swedish derogation loophole may be closed

Among the companies that have signed up to the accord are Deutsche Bank, Credit Suisse and KPMG. So far, only Deutsche Bank has been challenged by the Independent Workers Union of Great Britain (IWGB) who, according to the Guardian, has told the German finance giant that its own vendor code of conduct obliges it to recognise the right to collective bargaining, minimum and prevailing wages and benefits.

The union will approach the UN secretary general asking for the bank to be removed from the Compact, marking a new approach by trade unionists in the effort to improve pay and conditions of gig economy jobs.

“We think it is outrageous that these companies brandish these great codes of conduct as a way of enhancing their reputations,” James Farrar of the United Private Hire Drivers branch of the IWGB, told The Guardian.

A spokesperson for Deutsche Bank said the company had only a small share in Addison Lee’s turnover and had many contracts with private car hire firms in the UK. “Our contracts with Addison Lee as well as the agreed rates are in line with current market standards in the industry. We have engaged with Addison Lee on the issues and they confirmed to us that they comply with all relevant legislation,” she said.

A spokesperson for Addison Lee, which describes itself as Europe’s largest minicab company, said: “Addison Lee Group takes its responsibility to provide a fair and flexible environment for its 5,000 driver partners very seriously. As a result, earnings are at a record high and over 60% of drivers said they were likely or very likely to recommend working for Addison Lee in our most recent driver satisfaction survey.

“In common with most of the private hire and taxi industry, the majority of our drivers are self-employed.”

Addison Lee has been among companies involved in employment tribunal cases that have challenged the classification of drivers as self employed. In May this year the Employment Appeal Tribunal upheld the claim that an Addison Lee courier was a worker, and was not self-employed, as the company had claimed.