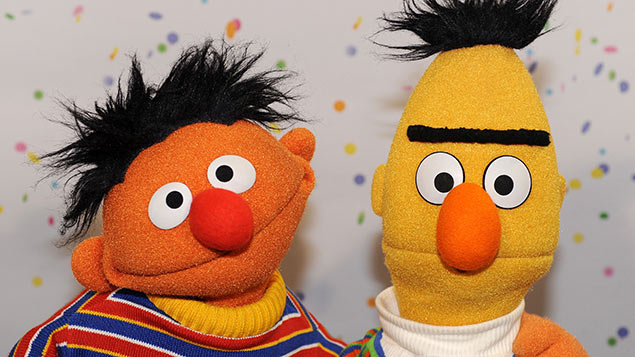 This week, the Northern Ireland Court of Appeal was expected to hear the high-profile case of a bakery accused of discriminating against a customer when it refused to make a cake with a slogan supporting same-sex marriage. However, the case was adjourned and rescheduled for 9 May 2016. Stephen Simpson rounds up five more examples of cases in which individuals objected to providing a service to a gay person on the basis of religious beliefs.

In its judgment of 19 May 2015, the Northern Ireland county court in Lee v Ashers Baking Co Ltd and others accepted that the bakery committed sexual orientation discrimination when it refused to fulfil the order for the cake.

The bakery appealed against the county court decision, with the appeal expected to be heard on 3 February 2016. However, the case was adjourned on 3 February, and has been rescheduled for 9 May 2016.

The “gay cake case” is just the latest in a line of cases examining the clash between the right to hold religious beliefs and protection against sexual orientation discrimination.

A number of the leading cases in this controversial area are employment-related. The trend has been for courts and tribunals to find that employers are entitled to take steps to ensure that services are delivered on an equal opportunities basis, even if these steps conflict with an employee’s religious beliefs.

This ground-breaking case arose following the introduction of civil partnerships in 2005.

Ms Ladele was a registrar for the London Borough of Islington, which required all its registrars to add the carrying out of civil partnership ceremonies to their duties. However, Ms Ladele was unable to reconcile her religious beliefs with the new duty and refused to carry out these ceremonies.

The council instigated disciplinary proceedings threatening her with dismissal for a failure to comply with its “dignity for all” policy.

The Court of Appeal found that the employer’s treatment of Ms Ladele did not amount to direct religious discrimination. It also upheld the decision that the council’s policy was justified and the employer had not indirectly discriminated against her.

Ms Ladele subsequently took her case to the European Court of Human Rights (ECHR) in Eweida and others v United Kingdom. The ECHR found that there was no violation of Ms Ladele’s human rights. Read full case report…

This case raised issues of public importance regarding the extent to which suppliers of goods and services can refuse service on grounds of sexual orientation, religious belief and political opinion.

The court’s decision confirms the legal responsibilities on all service providers not to discriminate against their customers on these grounds.”

The Ladele case was followed soon after by a claim against a counselling service brought by a Christian counsellor.

Mr Mcfarlane was trained to be a psychosexual therapist and his role was extended to giving advice on couples’ sexual problems.

When he refused to give advice to same-sex couples because of his religious beliefs, his colleagues complained and he was suspended. He was later dismissed for failing to uphold the employer’s equal opportunities policy.

Mr Mcfarlane’s claim was rejected by the Employment Appeal Tribunal (EAT). He was refused permission to appeal by the Court of Appeal, which confirmed Ladele as the leading case on the clash between the right to hold religious beliefs and protection against sexual orientation discrimination.

Mr Mcfarlane subsequently took his case to the European Court of Human Rights (ECHR) in Eweida and others v United Kingdom. The ECHR found that there was no violation of Mr Mcfarlane’s human rights. Read full case report…

This well-publicised goods and services case, in which a Christian couple refused to let a double room in their hotel to male civil partners, went all the way to the Supreme Court.

The Supreme Court found that the owners of the bed and breakfast, whose religious beliefs include that sexual relations outside heterosexual marriage are sinful, could not justify their refusal to give civil partners a room with a double bed.

The couple’s claim under the Equality Act 2010 of sexual orientation discrimination in the provision of goods and services was upheld.

The parties in Lee v Ashers Baking Co Ltd and others cited this important discrimination case on the conflict between sexual orientation laws and the right to manifest religious beliefs. Read full case report…

Black and another v Wilkinson (Court of Appeal)

In a case with virtually identical facts to the Bull case, the Court of Appeal upheld a county court decision that a B&B owner’s refusal to provide accommodation to a gay couple was discriminatory.

A homosexual couple were refused accommodation at a B&B. The B&B owner made it clear that the main reason for her refusal was that she did not like the idea of two men sharing a bed.

The B&B owner maintained that she preferred to let her rooms – which were part of her family home – only to married heterosexual couples, in accordance with her religious beliefs. She also refused to accommodate heterosexual couples who were obviously unmarried.

The Court of Appeal confirmed the county court’s judgment that the gay couple had been discriminated against. The B&B’s policy meant that gay couples would never be eligible to stay at the guest house. Read full case report…

Mr McClintock, a Justice of the Peace and member of the Family Panel, was required to decide whether children should be placed in care, fostered or adopted.

He objected to the possibility that he might be required to place a child with a same-sex couple and asked to be excused from hearing cases that might raise this issue.

The reason he gave was that he considered there was insufficient evidence that such a placement was in a child’s best interests and he felt that “to send a child to a same-sex household is to make him/her the subject of an experiment in social science”.

When the employer refused to agree to Mr McClintock’s request, he resigned from the Family Panel.

His claim for religious discrimination was unsuccessful because his views did not fall into the definition of a belief. They were simply an opinion. Read full case report…