By Richard Fox on 7 Jun 2016 in Employment tribunals 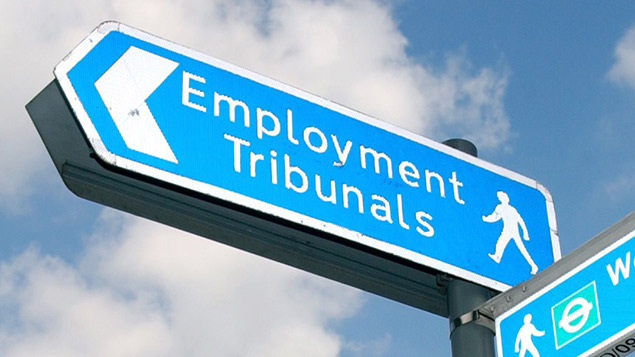 The Employment Lawyers Association’s (ELA) response to the call for a single employment law court argues for a radical overhaul of employment tribunal services. The ELA’s Richard Fox looks at how costs, technology and alternative dispute resolution could be reformed.

A hare was set running two years ago when the outgoing president of employment tribunals in England & Wales, David Latham, proposed the creation of a single employment court to hear all employment disputes.

This was at a time when the effect of the introduction of tribunal fees in July 2013 was beginning to be felt, with around three-quarters of all employment tribunal claims effectively disappearing from the system.

There was also concern that there was some illogicality in the division of cases between the two different types of court.

For example, breach of contract claims are allowed only in the employment tribunal at the end of the employment relationship, and even then up to a limit of £25,000.

Such claims may be brought without limit in the High Court or county court. Retiring Judge Latham envisaged one single court that would hear all employment claims and manage all the stages of the litigation process, including offering an in-house alternative dispute resolution (ADR) service.

The ELA surveyed its members in April 2015 and some 64% believed a single court would be an improvement on the current system. It then set up a working party to look at the issue in detail, and has recently published its report.

It concluded that a debate around having a single employment court was to be welcomed, but much care needed to be taken before introducing such a radical change.

The ELA proposed that there should be three levels of case in the new court. Level one for summary (ie immediate) determination, which could take place online or via a telephone hearing, level two for cases currently heard using the employment tribunal rules, and level three for employment cases (that now come before the High Court or county court).

The current proposals for a single court suggest that cases should be managed under the rules that would have applied to a particular case in the current system. For example, if a case has been appealed and would have been heard at the EAT under the old system, then the EAT rules would apply in the proposed single court. However, the ELA believes this would not be satisfactory. To avoid confusion, all cases should be heard under the same set of rules. I suspect that in time this would become inevitable (for practical purposes).

In the ELA’s view, there needs to be more technology introduced into the system. The creation of a single employment court may provide a welcome opportunity to do this. It makes no sense for employers to run their businesses on an increasingly digital basis, only to find that when they enter the court or tribunal system, they need to revert to something that is essentially paper based.

The ELA has therefore recommended changes such as the introduction of: electronic files; an integrated modern document management system; online portals; and a more sophisticated website to provide enhanced multimedia resources, including step-by-step guides and checklists. Doing this would mean that the court would speak the language of business, and would make the whole system more effective and economic. In fact, the ELA believes such changes should be introduced irrespective of whether or not we see the creation of a new court.

The ELA remains a fan of ADR, although its growth does appear to have stalled recently. This could be an opportunity for a review. For example, a decision would have to be made as to whether or not employers would be penalised if they were adjudged to have unreasonably refused an offer of ADR. This is the position in the High Court or county court at present but not in the Employment Tribunal, because they operate under a different costs regime.

In relation to costs, there is a big question as to whether or not cases in a new combined court should have the cost regime that applies in the High Court or county court (whereby the loser can expect to pay approximately 75% of the costs of the victor). This is compared with the employment tribunal, where even now, despite a number of rule changes over the years, even if a party wins its case, it is very unlikely to receive costs reimbursement from the other side.

In this respect, there remains a debate as to whether or not employees should face the same cost consequences if they lose employment litigation as they would if they were litigating, say, a dispute with their neighbours, when to do so risks having to pay the opponent’s costs as well as their own. Others believe that such a rigorous costs regime would effectively disenfranchise many employees, which would otherwise be unable to absorb such a risk.

There is now a widespread feeling that with all the change that has been brought about recently to the employment tribunal, the time is ripe to have a thorough review, and reset the way in which we hear employment claims in the future.

We can then seek to bring the system very much up to the standards that users would expect, given the rate of technological change that has affected us all in the last decade. Employment lawyers remain very willing to participate in this debate, and employers should too.