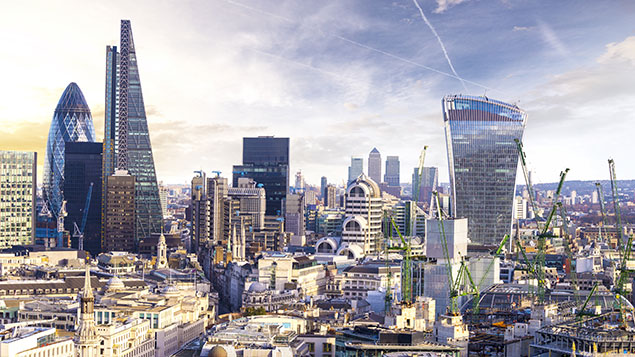 An employment tribunal has awarded a £75,000 payout to a female City executive after it heard how she’d been subjected to sex discrimination and had blown the whistle on financial malpractice.

Svetlana Sinelnikova, who worked for online brokerage ActivTrades, had been suspended from her role as head of compliance for gross misconduct after taking a work trip to Dubai with a senior colleague while she was off sick.

But the East London hearing centre, under employment judge Ross concluded last year in a reserved judgment that the company had been trying to force her out and was using the trip as a pretext to fire her. The panel found ActivTrades guilty of unfair dismissal and victimisation.

Ms Sinelnikova claimed that she had been flagging up legal concerns over potential deals, but ActivTrades viewed this as an attempt to obstruct business, the tribunal heard.

“[ActivTrades] was looking to force [her] from the business at this time – as a result [it] was looking for a reason why [she] should leave the business,” the tribunal judgement found. “It jumped to the conclusion that she had committed gross misconduct.”

In December 2017, Ms Sinelnikova issued a grievance against the firm accusing it of sex discrimination and potential criminal offences over compliance with financial conduct laws.

Her complaint included details of an incident at the firm’s Bulgarian office when company CEO Alex Pusco, while complaining about the length of maternity leave in Bulgaria stated that “women should stay at home and cook”.

She also alleged that in 2017, Pusco showed her and colleagues an image of an advertisement by Aston Martin for pre-owned cars which displayed a scantily clad woman in a sexually provocative pose. He told her and others at the London office that the firm’s marketing needed to be more sexy.

The tribunal agreed the advert was “offensive and degrading to women”.

Ms Sinelnikova resigned in February 2018 and the company set about trying to prevent her from pursuing her claim, the tribunal found. This included refusing to give her access to personal data held on her work computer.

In March 2018 the firm wrote her a legal letter accusing her of “spending a significant amount of time running her eBay account from her work computer during working hours”.

It also claimed she had stored illegal music files on her PC. Both accusations were declared to be unfounded by the panel.

Finding the firm guilty of unfair dismissal and victimisation, the tribunal said it had “gone out of its way…to try to irreparably damage her career for raising matters of public interest and sex discrimination.

“[We] found that the treatment by [ActivTrades] had caused a very high level of injury to her feelings which had been sustained over a long period time, by concerted and malicious action.

“The injury to [her] feelings had had a profound effect on almost every aspect of her life.”

Yesterday, Ms Sinelnikova was awarded a total of £76,510 in compensation, including £40,000 damages for injury to feelings.

ActivTrades were also ordered to pay a £5,000 financial penalty– the maximum available – for breaches of employment law.

The company, which has offices in Milan and Nassau in addition to London and Sofia, is enjoying its most profitable ever performance this year, recording £30m in revenue in the first half of 2020, well above the £20.6m it recorded for the whole of 2019.

Legal Officer at UK whistleblowing charity Protect, Hari Raithatha said: “Protect this week published Silence in The City 2 which examined the treatment of 352 financial service sector whistleblowers in the City. It found 70% suffered victimisation, harassment, bullying – and this case highlights paints a damning picture of whistleblowing in the finance sector. It also highlights exactly why we at Protect are calling for the need to be a statutory duty on organisations to address victimisation of whistleblowers at the earliest opportunity.

“Rather than addressing the serious concerns that the whistleblower raised, her employer took deliberate steps to undermine and victimise her including threats of legal action against her.”