By John Eccleston on 14 Oct 2011 in Bribery, Employment law 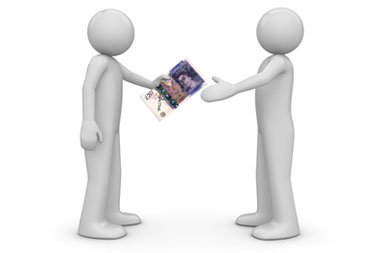 A former court worker has become the first person to be prosecuted and convicted under the Bribery Act 2010, the Crown Prosecution Service (CPS) has confirmed.

Munir Patel, who worked as a magistrates’ court administrative officer, pleaded guilty today to bribery and misconduct in public office. He admitted to accepting a bribe in connection with a speeding charge at Southwark Crown Court.

Patel pleaded guilty to s.2 of the Bribery Act 2010 for requesting and receiving a £500 bribe for offering to “get rid” of a speeding charge for someone. He also pleaded guilty to misconduct in public office for other similar offences. Seven charges of possessing false garage receipts for use in fraud have been ordered to lie on file.

Gaon Hart, senior crown advocate for the CPS Special Crime and Counter Terrorism Division, said: “This prosecution is the first of its kind under the Bribery Act 2010, which has provided a significant weapon in the armoury of prosecutors that enables us to focus on the bribery element rather than general misconduct behaviour. We will continue to target those who act corruptly purely for personal gain and tailor the charge to reflect their wrongdoing.”

Stephen Simpson, senior employment law editor at XpertHR, said that Patel’s conviction should act as a lesson for all employers. He said: “The Bribery Act has been in force only for a few months, but we have already had the first prosecution. While the publicity surrounding the new bribery legislation has suggested that wrongdoing in the corporate world will be targeted, the first prosecution was against a relatively lowly public official for receiving a bribe of a few hundred pounds.

“Public sector employers should use this case to remind their staff of the consequences of accepting bribes.”

Patel will be sentenced on 11 November 2011 at Southwark Crown Court.