By Jenna Clarke on 20 Oct 2016 in Case law, Age discrimination 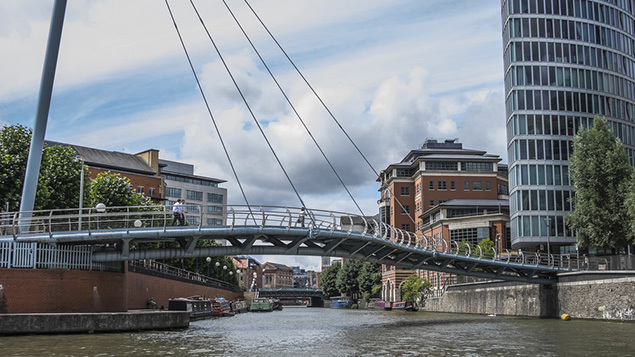 Foot Anstey is based in Bristol. Photo: andyparker72 / Shutterstock

The Employment Appeal Tribunal (EAT) has dismissed an appeal against an employment tribunal decision that a regional law firm was not guilty of age discrimination against one of its partners. DLA Piper’s Jenna Clarke summarises the decision.

Mr Fennell was a limited equity partner at West Country law firm Foot Anstey. He led the corporate transaction team in Bristol and the aerospace, defence and security sector team.

Foot Anstey carried out a restructuring exercise and did not offer Mr Fennell a new partnership. He was instead offered a legal directorship.

Mr Fennell alleged that the failure to offer him a new partnership was due to his age, specifically his being over the age of 45. He alleged that he was treated less favourably than other limited equity partners in comparable positions who were under 45.

Mr Fennell produced statistics for the tribunal that he alleged demonstrated that the prospect of obtaining equity membership diminishes with the age of the candidate. He said it was telling that only one person under 45 was not offered a partnership and only one person over 45 was offered it.

Foot Anstey denied that the failure to offer a partnership was related to age. It submitted that the same criteria were applied to all limited equity partners.

The firm provided evidence that Mr Fennell’s billing had dropped sharply in the year after his performance had been appraised as “excellent” in May 2012.

Foot Anstey told the tribunal that the partners agreed that Mr Fennell should be asked to leave the partnership. Mr Fennell had objected, so a performance review was agreed and targets set.

Mr Fennell did not meet the major target, although was within what the tribunal described as the “soft target range” he had negotiated.

Following a six-day hearing, the tribunal found that Foot Anstey was entitled to decline to renew Mr Fennell’s limited equity partnership and rejected his claim of direct age discrimination.

The tribunal accepted that the statistics relied on by Mr Fennell showed that “the prospect of obtaining equity membership diminishes with age”.

However, the tribunal did not consider that the statistical picture was sufficient to shift the burden of proof to Foot Anstey to prove that the reason was not discriminatory.

The tribunal found that Mr Fennell could not compare his treatment with that of the other limited equity partners, as there were material differences between their cases. Mr Fennell appealed.

The EAT agreed with the tribunal’s acceptance of Foot Anstey’s evidence that it had made decisions on each of its limited equity partners on an individual basis. Each partner’s case had been considered on a bespoke and individual basis, assessed not just against financial performance, but also against:

The EAT held that the tribunal was entitled to conclude that, while the statistical picture showed that the prospect of obtaining equity membership diminishes with age, this did not shift the burden of proof.

The EAT rejected Mr Fennell’s argument that “the tribunal had lost sight of the…point…that decisions relating to assessments of potential and personal circumstances might be tainted by subconscious age discriminatory considerations”.

The tribunal had reached an unchallenged conclusion that the assessment of Mr Fennell for partnership was not related to considerations of age.

This case serves as a reminder to claimants that they will often need to go further than just submitting statistical evidence when alleging discrimination.

In this case, Foot Anstey was able to provide evidence that the decision was based on concerns around Mr Fennell’s ability to generate business, unrelated to the age group to which he belonged.

The law firm also produced documentary evidence used in the selection process for all partners, including appraisals and group leaders’ reports.

Employers should ensure that, when carrying out selection exercises, adequate documentary evidence is produced and retained, evidencing the non-discriminatory reasons for the decision.

Jenna Clarke is a senior associate at DLA Piper.
View all posts by Jenna Clarke →
Previous Article
Next Article