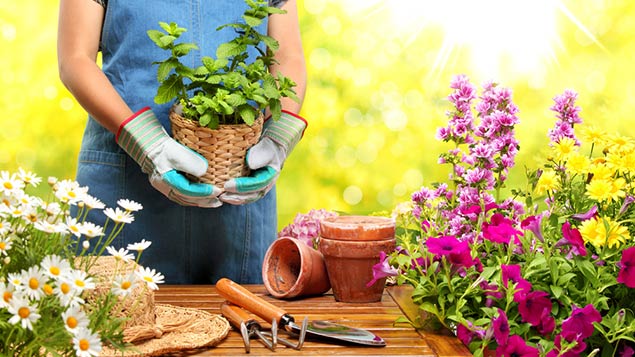 Garden leave – what is it?

XpertHR defines garden leave as the practice of requiring an employee not to attend their employer’s premises for work during their notice period. Instead, the employee is paid their full salary to stay at home.

Gardening leave is often used by employers wanting to protect themselves against competition or poaching of customers, clients, or staff by an employee (often senior) who has given notice or is to be dismissed.

Garden leave is commonly used within the terms of an employment contract.

Garden leave clauses are increasingly common in employment contracts. They do not so much replace restrictive covenants as reinforce them. Employers need to ensure that they have appropriately drafted clauses in their employees’ contracts of employment and that they exercise their right to place employees on garden leave carefully.

One of the biggest advantages of the garden leave arrangement is that the employer holds the purse strings while the leave continues, and the employee is still covered by any contractual duties, for example a duty of confidentiality, until the end of the notice period. They can also be bought back to work if needed. However, the employee will still be entitled to salary, plus all contractual benefits (e.g. bonuses) during a period of garden leave.

Mr Tucker was employed by William Hill as a senior dealer in its spread-betting business. He handed his notice in after receiving a “far more challenging and lucrative offer” by City Index Ltd, a competitor of William Hill.

William Hill responded to Mr Tucker, stating that he was not required to attend work for the remainder of his notice period but would continue to receive his salary and all other contractual benefits, including his bonus, during that period. The employer sought an injunction from the High Court restraining Mr Tucker from joining City Index until his 6 month notice period had ended.

The High Court emphasised that there is a duty on employers to provide skilled employees with work, except where there is an express or implied right not to provide work. In the absence of an express or implied right as in this case, the court concluded that if William Hill had wanted to keep Mr Tucker to his contract for the six months, they needed not only to pay him but also to provide him with – or at any rate to offer him – work. By failing to do so, it put itself in breach of contract and Mr Tucker was entitled to accept the breach as terminating his contract. Accordingly, the contract no longer subsisted and there was no basis for William Hill’s application for an injunction. William Hill appealed to the Court of Appeal.

The Court of Appeal ruled that, in the absence of an express contractual term entitling the bookmaker to send the senior dealer on garden leave, it was under an obligation to allow him to perform the duties of the post to which it had appointed him in accordance with his contract during his notice period.

Mr Christensen served notice on his employer, Symbian Ltd, after being offered employment with one of their key competitors, Microsoft. Symbian Ltd sought to send Mr Christensen on garden leave for his six months’ notice period and applied to the High Court for an injunction.

The High Court granted an injunction enforcing a provision of the contract of employment which prevented Mr Christensen from working for any other business during the term of the contract, which encompassed the period of garden leave.

Mr Clark was employed by Nomura International plc as a senior proprietary trader in equities and, as such, performance bonuses formed the core of his remuneration. Mr Clark was dismissed by Nomura with three months’ notice, serving out that period on garden leave. He was paid his basic salary in respect of the notice period but, notwithstanding that he was still in employment on the date for payment of bonuses, he received no bonus at all. He therefore brought an action against Nomura in the High Court claiming damages for breach of contract.

The High Court held that the company’s decision not to award the trader any bonus in respect of a period in which he had made a considerable profit for his employer was plainly perverse and irrational, and did not comply with the terms of a contractual discretion. The Court therefore awarded him substantial damages for breach of contract.