Gender pay gap reporting: how to prepare for the regulations 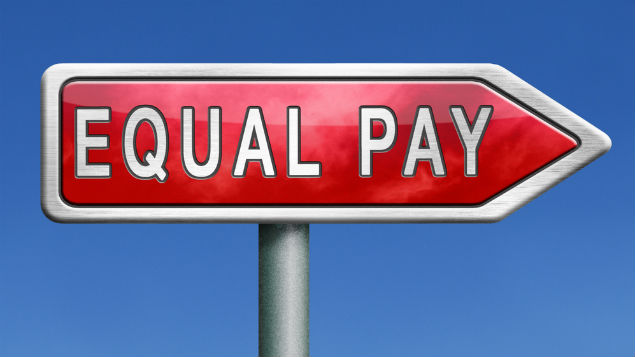 Will David Cameron’s call for compulsory gender pay gap (GPG) reporting lead to pay parity for this generation? John Charlton looks at how employers should prepare for the regulations coming into force in 2016.

Prime Minister David Cameron was only four years old when the Equal Pay Act was passed in 1970. Since then, it has taken two generations to achieve a 9.4% gender pay gap figure for full-time employees. In July 2015, Cameron announced his aim for gender pay parity within a generation, or within 25 years to be precise. It is a long-term project with compulsory pay audits forming only one piece of the final equation.

For now, employers in the private and voluntary sectors with 250 or more employees face the prospect of publishing details of pay audits, which will reveal any gender pay gaps within their organisations. This is predicted to happen in 2016, but no firm date has yet been fixed by the Government Equalities Office (GEO), which is handling the issue.

Employers, especially those in charge of pay and rewards, will be scratching their heads as to what to include in any pay calculations. “Reward packages vary significantly, and the regulations must set out comprehensively what they mean as ‘pay’ for these purposes,” says the CIPD’s head of public policy, Ben Willmott.

“Without definitions set in stone, some employers may be tempted to ‘massage’ figures in order to give them the most favourable and, most likely the lowest, gender pay gap to report.”

Seamus Nevin, head of employment and skills at the Institute of Directors (IoD), says that the IoD “shares the Government’s aim to eradicate the gender pay gap. However, we do have some concerns that averages can be crudely misleading as peculiarities of industry, company or circumstances make different cases hard to compare.”

The Confederation of British Industry’s deputy director-general Katja Hall adds: “While we believe publishing pay gap data could be misleading, we will work with the Government to ensure that rules on what is published are flexible enough to be relevant to each company.”

How will the GPG be calculated?

Experts believe it is likely that the GEO will plump for median figures based on gross pay per hour and exclude extra payments such as overtime and possible bonuses. The Office for National Statistics (ONS) uses median gross pay per hour in its calculations.

“This (the median) is the right metric in my view”, says Professor Mark Stewart of Warwick University. “Median is preferable to mean (particularly within a company) to avoid undue effect of a few high earners. And also calculations should be on an hourly basis, because men tend, on average, to work more hours per week than women.”

Of course, if employers are told to produce gender pay gap figures on the basis of specific roles, length of service or exclusion of merit pay, for example, results could become considerably more complicated.

How should employers prepare?

Kate Hodgkiss, employment partner at DLA Piper, advises employers that have not yet conducted pay audits “to consider doing so on an informal basis in advance of any regulations coming into effect”. “Not only will this provide an insight into what will be involved in complying with the proposed legislation, but, more importantly, it will enable businesses to identify potential issues in advance and to take steps to begin addressing these sooner rather than later,” she adds.

Allen & Overy employment partner Sarah Henchoz adds that employers should now determine how employees should be categorised and graded, look for suspected pay gaps, consider lawful factors for any differences, and deal with any disparities before the publication of gender pay gap audits, “when such a disparity might have to be disclosed publicly”.

She notes: “If a full equal pay audit is conducted at this stage, employers may wish to do it with their lawyers on a legal professional privilege basis, so that it is not disclosable in subsequent litigation. The strict rules on privilege will need to be followed for non-disclosure to apply.”

Certainly, employers that fear the consequences of their gender pay gap audits may be tempted to seek legal advice on how best to minimise any legal exposure that they may face, and some are already doing so. “We have seen a significant increase in enquiries about our gender pay audit advisory service since the Government’s announcement was made,” says Burges Salmon partner Roger Bull.

Elsewhere, guidance on gender pay gap reporting was given in 2011 in the Government’s Think, Act, Report Framework, which was supposed to encourage voluntary gender pay gap reporting, and might be worth checking before formulating gender pay gap audit details. Emma Bartlett, partner at Charles Russell Speechlys, says that the framework “encourages employers to think about gender equality and check if they could do more using the workforce and pay measures [in the framework], take action to address any differences, and report on what they have achieved through workforce measures, pay measures and narrative to contextualise and support the measures taken.

“The purpose of the mandatory reporting, aside from eradicating the gender pay gap, is to do exactly the same; encourage employers to consider how to resolve any gender pay gaps. For example, if a business identifies a low participation in one particular type of role by women, it needs to consider why that should be and then take steps to improve participation by women in that role.”

Will a GPG leave employers open to legal action?

A major cause of concern for many employers will be whether or not gender pay gap reporting leaves them open to legal action, for example disgruntled employees might make equal pay claims. Another concern is the effect that it could have on confidentiality.

Bull comments: “It is important to understand that having a gender pay gap doesn’t necessarily mean employers have breached equal pay laws. This is because the gender pay gap has complex causes, many of which are not within the employer’s control. This is recognised in the Government’s consultation paper. Factors such as market-based pay, red-circling of TUPE-transferred employees, seniority, performance and even mistakes can all be valid answers to a claim for equal pay.

“Employers should focus on having a clear understanding of the reasoning behind their pay processes and structures and apply them consistently,” he adds.

Nor should pay confidentiality be a big issue, suggests Bartlett, who notes: “Gender pay reporting will not be by reference to named individuals – that in itself could potentially breach the Data Protection Act. Therefore I don’t see how confidentiality obligations will cause problems.”

However, Henchoz says that, while employees’ consent is not needed for an equal pay audit, “the same cannot be said about disclosing a name and salary in an equal pay report. Instead, employers can anonymise the data so individuals cannot be identified. Where the numbers involved for a particular grade or job type are low, for example two comprising one of each gender, the identity of the individuals will be obvious, even in an anonymised form.

“This would be an example of where the data should not be disclosed because confidentiality could not be preserved. To do so is likely to be a breach of the implied contractual term of mutual trust and confidence as well as data protection obligations.”

Of course, the regulations themselves, once in place, could potentially bring their own legal challenges. Hodgkiss says: “A failure to comply with the proposed regulations could also prove damaging to defaulting organisations, both in terms of potential sanctions, which may include criminal sanctions, and also adverse publicity.”

But headline equal pay figures alone will not be enough to narrow the gender pay gap and, indeed, they may be misleading. Willmott says that the Government should “redouble its efforts to help understand and address the broader structural issues which undermine efforts to ensure equal pay, for example poor career information, advice and guidance, which can discourage women from entering certain traditionally maledominated jobs and sectors”.

What are the current GPG figures?

ONS figures were most recently published in November 2014. Based on the median hourly earnings of full-time employees, excluding overtime, the gender pay gap in 2014 was 9.4%, compared with the 10% recorded in 2013.

In July, the Government Equalities Office asked interested parties to send their views on GPG auditing and other related issues, including: how gender pay gaps should be calculated; should there be separate figures for full- and part-time employees?; what additional narrative information should be supplied?; how often gender pay gap report should be published; audit costs; at what time of year GPGs should be undertaken?; reporting gender pay gaps through the PAYE system; unintended consequences of gender pay gap audits; supporting women returning to work after childbirth and childcare; and how to persuade more girls and women to study science and maths and to work in higher-paid jobs. This consultation ended on 6 September.

The overall figures mask some striking differences between different age groups. For example, they show that female full-time employees in the 22 to 29 and 30 to 39 age groups earn marginally more per hour than men.

But the gap widens dramatically thereafter. For the 40 to 49 age group, the GPG is 13% in favour of men, rising to 17% for the 50-59 age range. This probably indicates that the gender pay gap widens as women, who have taken time off to bear and raise children, return to the workplace on lower salaries than their male counterparts.

The ONS notes that men working full time earned – on the median gross per hour measure – £559 a week, with women being paid £462.