Heat-of-the-moment dismissals: were these employees sacked or did they resign? 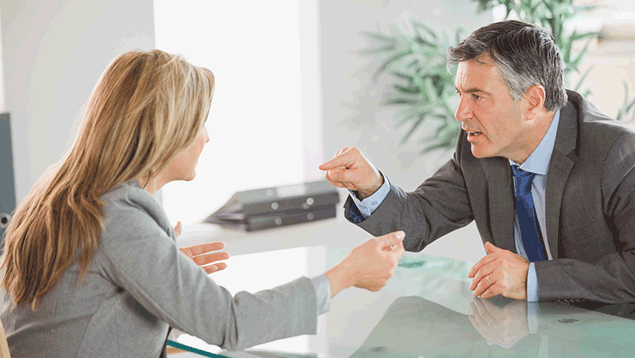 Employers need to be wary of on-the-spot dismissals.

What happens if a manager or small business owner gets into an argument with an employee, and ends up saying something that could be construed as dismissal? We round up five cases where it was unclear whether the employee was dismissed or walked out of their own volition.

In these five cases, the issue was key to the tribunal claim because, if there was an instant dismissal, it was procedurally unfair and the employee would inevitably win his or her case.

Can you work out whether or not the employment tribunals in these cases decided that the words were sufficient to constitute a dismissal? Click the judgment link to find out. A summary of the outcomes in each case is available at the end of the article.

Heat of the moment dismissals

B, a Polish lorry driver with a limited command of English, was involved in two minor accidents, hitting a fence post and bumping into a car.

He was called into a meeting with his manager, C, who gave him the option of either leaving or being sacked through the disciplinary procedure.

B’s request to see the terms and conditions of his employment was refused, as was his request to be allowed to stay on for a couple of weeks until he could find another job.

It seems that C said to B at the meeting: “if you don’t go I have to go”, which B took to mean that if C did not sack him, C would be sacked himself.

B was asked to leave his keys and go, which he did. B later raised a grievance, and refused the employer’s offer of a settlement agreement.

Judgment: was B dismissed?

F was employed as a fish filleter on Hull Dock.

During an altercation with the foreman, F was told: “If you do not like the job, fuck off.”

F left, but witnesses thought he had simply taken the “huff” and had gone early for lunch, and would be returning in the afternoon.

However, F took the foreman’s words to mean that he was being dismissed. He left the employer’s premises and found himself another job.

When F claimed unfair dismissal, the employer maintained that he had not been dismissed.

Heat of the moment dismissals

Can an employee claim unfair dismissal if he or she has resigned?

How to deal with a heat-of-the-moment resignation

K had been instructed by his employer, V, not to use the company’s van outside working hours and had been lent £275 by V to enable him to buy himself a car.

K used the company’s van for his part-time job as a doorman at a country club.

When V found out, he lost his temper with K and said: “What’s my fucking van doing outside, you’re a tight bastard. I’ve just lent you £275 to buy a car and you are too tight to put juice in it. That’s it, you’re finished with me.”

K left the workplace and claimed that he had been dismissed.

S was a general manager in a manufacturing business. The business was run by M and his mother.

There was a history of conflict between S and M’s mother. S had offered to resign, but was persuaded to withdraw his offer. S went on holiday.

Matters came to a head on S’s return from holiday and there was a heated discussion between M and S.

M’s mother overheard the argument. She became very irate, walked up to S and shouted to him: “Go, get out, get out.”

S left, and when he tried to get back into the premises that evening he found the lock had been changed.

S argued in the tribunal that he had been dismissed.

Retraction of a dismissal

In CF Capital plc v Willoughby, the Court of Appeal held that a letter of dismissal was effective notice to terminate, even though it was based on a misunderstanding that the employee had agreed to the termination.

The Court of Appeal confirmed that unambiguous notice of termination cannot be unilaterally retracted.

5. “Don’t bother coming back on Monday.”

T, a driver for a small family business, got into an argument in the workplace with C, who ran the business.

According to T, C said to him: “Get out of the yard and don’t bother coming back on Monday.”

T took this as a dismissal, and left the workplace. He left his keys and work mobile phone behind.

C made no attempt to contact T in the next few weeks, and sent him his P45 at the end of August.

T claimed unfair dismissal, but the employer argued that T had resigned and had not been dismissed.

The answers: were these employees dismissed?